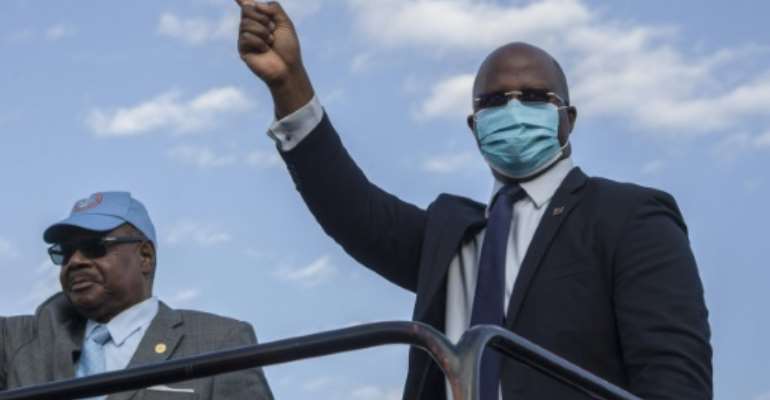 Malawi President Arthur Peter Mutharika has slammed an election re-run as signs emerge that he have suffered a heavy loss. By AMOS GUMULIRA (AFP/File)

It was a dramatic reversal of fortune for the incumbent, Peter Mutharika, whose victory in the May 2019 election was overturned by the Constitutional Court, citing widespread fraud.

Some 6.8 million voters in the southern African country had returned to the polls on Tuesday.

And on Saturday, electoral commission chairman Chifundo Kachale told journalists: "The commission declares that Lazarus Chakwera, having attained 58.57 percent of the vote, has been duly elected as the president of Malawi."

The announcement was met with loud cheers and applause as opposition supporters waved Malawi's red, black and green flag and chanted "Government!" in local Chichewa.

In February, Malawi's top court found the first election had been marred by widespread irregularities, including the use of correction fluid to tamper with result sheets.

The landmark ruling made Malawi just the second African country south of the Sahara to have presidential poll results set aside, after Kenya in 2017.

"This is a win for Malawians, it is a win for democracy, a win for justice," said an elated Chakwera after his victory was declared.

"It is a win that will enable this nation to really reset and begin to build a new kind of Malawi in which all of us together will be involved."

Meanwhile, a jubilant crowd gathered for a fireworks display at the headquarters of Chakwera's Malawi Congress Party in the capital Lilongwe.

Calls for a third vote

Mutharika did not wish to comment on his defeat.

Earlier Saturday, Mutharika had argued that the election re-run had been flawed, citing violence and intimidation against DPP monitors.

"We have no further comment to make," Mutharika's spokesman Mgeme Kalilani told AFP after the result. "The statement we made earlier today is adequate."

The outgoing president's Democratic Progressive Party (DPP) had on Friday called on Malawi's Electoral Commission (MEC) to annul the results of the second vote and declare a third election.

"We expected an election without irregularities," Mutharika told reporters in Blantyre before the official results were announced. 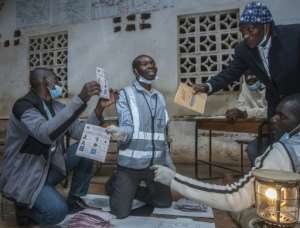 Malawi voted on Tuesday in its second presidential election in 13 months. By AMOS GUMULIRA (AFP)

"Sadly, as all Malawians have seen, this election is the worst in Malawi's history of our elections," he added.

"We believe most of the results that were sent to MEC are not a true reflection of the people."

Mutharika did not, however, echo his party's calls for another re-run.

In power since 2014, he had won 38.5 percent of the discredited vote in which Chakwera garnered a close 35.4 percent.

DPP administrative secretary Francis Mphepo in a statement highlighted "several incidents that may potentially affect the integrity and credibility of the presidential election results".

The DPP listed polling stations from which their monitors were allegedly excluded and said more than 1.5 million votes had been marred by "violence and intimidation".

'The circus is over'

"There is no doubt that these irregularities and malpractices will substantially affect the results in one way or another," Mphepo continued.

"We therefore seek... a declaration that the presidential election has been inconclusive."

Kachale, for the MEC, said all complaints had been "resolved".

"These are the kicks of a dying horse," said Chingaipe, who heads the Malawi-based Institute for Policy Research and Social Empowerment.

"In the history of this country, there has been no election as transparent as this, especially in the management of results."

"He is in denial, he has always been in denial. But reality will catch up with him soon," said Trapence.

Chingaipe highly doubted the possibility of a second re-run.

"The only way to get a fresh election is to make a compelling case in the High Court," he added.

"It is an uphill task, almost impossible, to build a credible case in court," he told AFP.

"The circus is over. There will be no such a thing as a fresh election."

Okada Business Will Keep Booming If Roads Are Not Expanded –...
24 minutes ago

Mahama Promises One TVET, One District
24 minutes ago