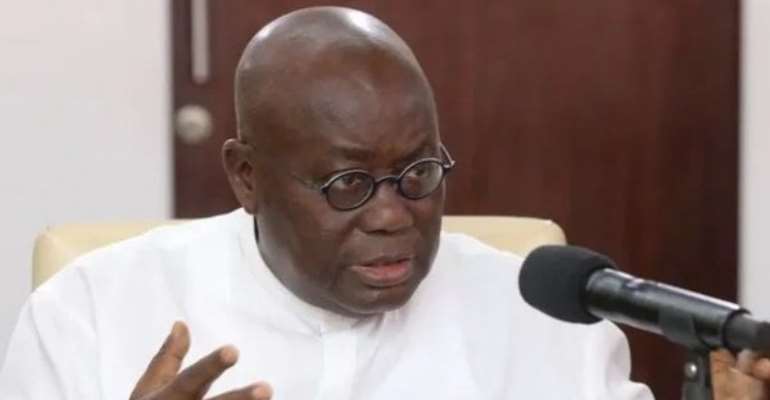 President Akufo-Addo on Saturday appealed to both winners and losers in last weekend's parliamentary primaries of the New Patriotic Party (NPP) to make peace with one another.

He congratulated all those who came out winners and got the opportunity to represent their Party at the elections in December.

“As always happens during elections, there are losers, many of these people are important personalities in our Party and are playing critical roles in Parliament.

“But those of us in politics know that these things happen. We know that to use the famous words of our one-time General Secretary, we have to continue to fear delegates, but we remain firm in our belief that losing one election cannot and does not mean the end of your political life.

“I am a living example,” President Akufo-Addo stated in Accra at the New Patriotic Party's (NPP) National Council Meeting.

“I urge all of us to get over our disappointments quickly, and unite to go before the country.”

He said, he had already given words of encouragement to the NPP's 42 Members of Parliament (MPs), who lost in the Party's parliamentary primaries, when he met them at the Jubilee House.

The NPP National Council Meeting was held to acclaim the President with his running mate, Vice President Alhaji Dr Mahamudu Bawumia as the Party's candidate for the December 7 general election.

Due to the COVID-19 pandemic, delegates from across the country had to observe the meeting virtually.

President Akufo-Addo said during the last weekend, the Party came to the end of the processes that they had to go through to prepare for the elections in December with the primaries in constituencies, where they had sitting MPs.

He noted that unfortunately, in their enthusiasm and sheer unbridled joy, they broke some COVID-19 safety protocols; declaring that “It should not happen again”.

To the delegates, President Akufo-Addo said: “We have a good story to tell, and we should go out and tell it. On every sector of our lives, we should show the difference between the NPP way of tackling problems, and the way our opponents do it…..”

“We owe it to ourselves and to Ghana to win the elections in December decisively, to make sure that we keep the economy on track, and not in the hands of people who will run it into the ground again.”

President Akufo-Addo said a united NPP, working under his leadership, in tandem with his brilliant, resourceful, four-time running mate, Vice President Alhaji Mahamudu Bawumia, who had just been resoundingly acclaimed by the National Council, the man who, consistently, sends alarm and shivers down the spine of our opponents, could, in all humility, lead Ghana and the Ghanaian people to take this giant step forward.

“Let us work hard together for a great victory on 7th December, and embrace the future and our destiny,” President Akufo-Addo said.

No energy to solve health issues but you say no delay to pas...
27 minutes ago

Akufo-Addo cuts sod for US$24.8 million housing project for ...
36 minutes ago