As The Schools Reopen 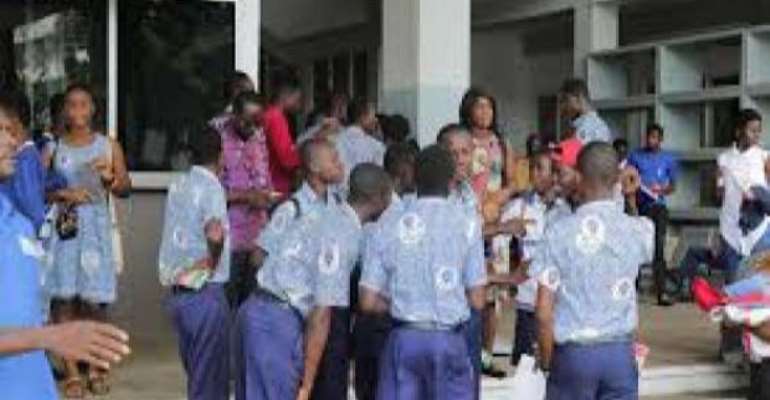 Governance is about taking decisions, sometimes tough ones. Since the world was hit by the Covid-19 pandemic, President Akufo-Addo has responded to the mutating circumstances.

As a subject in a flux, he could have afforded not to constantly vary his interventions in response. He did it so remarkably that he earned global acclamation.

The plaudits opposition elements expectedly denied him at home the world gave him in style.

The decision to lock down or not was the first one, and happily he scored an 'excellent' when he chose the partial path.

Like other decisions, the President was torn between listening to the opposition orchestrated calls to order a total lockdown. In a country where the informal sector is where most of the citizens derive their daily bread from, of course, the total lockdown would have spelt worrying consequences and even fatalities beyond what the pandemic was going to exact. Science and data were the guiding principles and not the high-decibel cacophony from the modelers of mass deaths which by God's grace never came to fruition.

This week final year students of senior high schools returned to school, a critical decision taken by the President. We are aware of the preparations which were brought to bear upon the final decision to reopen. The date and the decision to have all the students put in the boarding houses and not allowing visitors were all arrived at after engagement with headmasters and other stakeholders.

A President who believes in consultation and in the case of health, science and data he cannot get things wrong.

The decision to have all schools attached to dedicated medical facilities is also a commendable move which other African countries would love to replicate when they learn about it.

With the foregone having been observed, it is our stance that regular monitoring about the schools be undertaken by designated doctors and other frontline personnel from the dedicated health facilities.

With educational institutions, there should be no room for complacency or even breaches to the laid-down protocols.

We would not be surprised if some recalcitrant parents demand variations in the rules because they want to see their children for 'special reasons'.

When a few parents are allowed to see their kids, it will not be long before the regulations are all breached exposing the kids to what we all dread.

Fortunately, these are early days and so school authorities must be encouraged to be strict.

School authorities who condone breaches should be sanctioned because in such matters bordering on health, deterrence is critical.