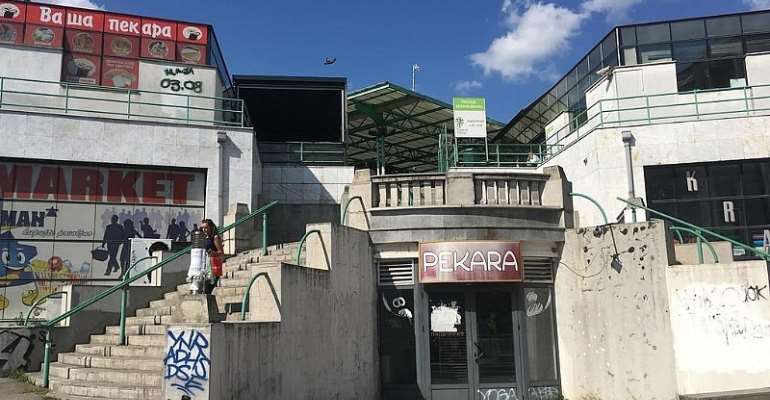 Serbia's President Alexander Vucic, in Brussels on Friday, expressed hope that his country may “join the EU by 2026.” However, Belgrade continues to increase economic cooperation with China while Russia, Serbia's traditional ally, upholds its support for Serbian claims of sovereignty over breakaway Kosovo.

Stressing a need to “speed up dialogue” between Belgrade and Brussels, Vucic indictated that one of the conditions for EU membership - Belgrade's recognitions of Kosovo as an independent state - could be discussed.

Quoted by Serbia's B92 news website, he “indicated that he expects talks with Pristina to continue in two to three weeks.”

Relations between Serbia and its former province remain bitter, two decades after the Kosovo war led to Pristina seceding and declaring independence.

Belgrade refuses to recognise Kosovo's status, still considering it to be Serbia's southern province, despite a majority of European Union countries and the US recognising it as a sovereign nation.

Nato bombers
Meanwhile, both Russia and China continue to support Serbia in its claim on Kosovo.

China and Serbia found common ground during the 1999 Nato bombing campaign of Belgrade, when Nato bombers attacked buildings of the Chinese embassy to Serbia.

Three journalists of China's Xinhua News Agency were killed during the raid which Nato said was carried out 'by accident,' a claim that has always been rejected by both Beijing and Belgrade.

In the aftermath of the Kosovo and Yugoslav wars of the 1990s, Serbia has tried to strengthen economic ties with the European Union, and started the process to become an EU member. But the Kosovo issue has always blocked deeper integration.

Belt and Road
China has quickly integrated Serbia in its Belt and Road Initiative and its “17 + 1” partnership that encompasses massive infrastructural projects carried out by Beijing and 17 countries in Europe and Central Asia.

To compensate for the lack of European investment and general reluctance from western tourists to visit the country, President  Vucic was quick to capitalise on China's eagerness to make headway into Europe.

In 2017, Chinese citizens were granted visa-free access to Serbia and in the first half of 2019, the amount of Chinese visitors to the country had risen 36% over the previous year.

More visible is China's massive investment in telecoms, with the local Huawei headquarters overlooking the Danube from a highrise building and tyre maker Linglong investing almost €1billion in its first European factory in the northern city of Zrenjanin, sponsoring the the country's top football league now re-christened the “Linglong Superliga.”

The Financial Times reported that since 2012, the Serbia has received US$9.5billion of publicly announced Chinese funding and investment, “more than half of China's stated investment in the region.”

“Systemic rival”
In 2019, Chinese companies announced 16 greenfield projects in Serbia, making China the country's biggest source of such investment, according to the Financial Times. Chinese companies made up for some 20% of all foreign direct investment into Serbia.

The EU is becoming increasingly wary of ties with China. In the EU – China Strategic Outlook published in 2019, China was called a “systemic rival” of the European Union. More recent developments and worries about how China dealt with the Covid-19 Pandemic, have raised more doubts about the relationship between Beijing and Brussels.

Vucic's strong focus on doing unfettered business with China is in sharp contrast with Brussels, and may encourage EU policymakers to integrate Serbia into the EU more quickly than anticipated.

You're A Covenant Keeping Leader — Ahafo Chiefs To Akufo-Add...
29 minutes ago