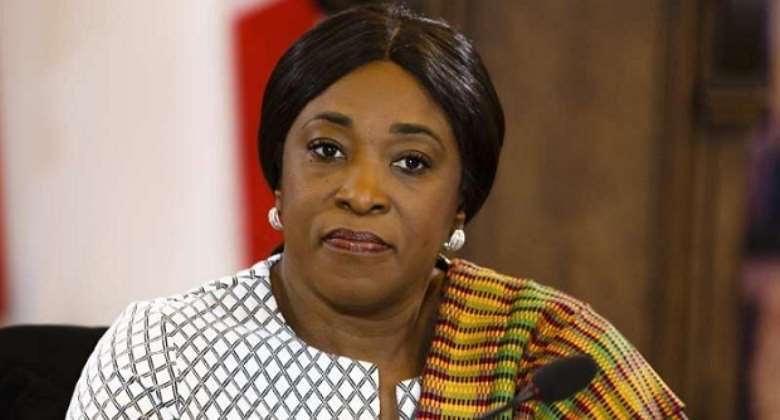 The Ministry of Foreign Affairs and Regional Integration says it has identified the persons behind the demolition of the building belonging to the Nigeria High Commission in Accra.

Although no names have been given, the perpetrators are believed to be some private individuals.

A statement signed by the Minister, Shirley Ayorkor Botchwey, disclosed that the perpetrators of the act will be dealt with in accordance with the law.

“Let me on this note reiterate government's promise to bring the perpetrator to book while it ensures that the structure is restored to its original state.”

The statement also emphasized that the Nigeria High Commission's building which was demolished was neither its Chancery nor residence as claimed by a section of the public.

“The building in question is neither the Chancery nor Residence, but a property belonging to the Nigerian High Commission that was unfortunately pulled down by now identified private individuals,” the Minister said.

She also reiterated the government's resolve to rebuild the demolished structure.

It would be recalled that parts of the one-storey structure belonging to the Nigerian High Commission were demolished on Friday, June 19, by unknown persons.

A Committee was therefore constituted to investigate the incident which created some diplomatic tension between the two countries.

The Committee’s findings revealed, that the Nigerian High Commission has duly made payment for that parcel of land, hence any encroachment on the property constituted a breach.

The Minister has therefore directed the Lands Commission to issue a letter to the Osu Traditional Council, custodians of the land stating that in August 2000, a formal offer was made to the High Commission of Nigeria in respect of the parcel of land in question; the offer was accepted by the High Commission and payments made, accordingly constituting a contract.

“The Lands Commission will proceed to issue a Land Title Certificate to the High Commission of Nigeria to regularize its ownership of the property in question,” the Minister added.

She also noted that the government will engage the Osu Traditional Council to resolve the impasse.

Mankessim murder: Another suspect grabbed at Akwakrom
18 minutes ago