Selorm writes: What a Judge and partisan folks got wrong about IMANI’s consistency 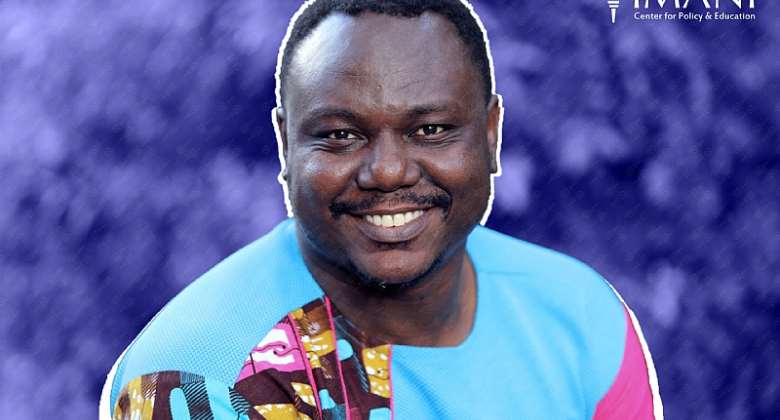 People always have in interest in anything they decide to invest some time and effort in. Before I talk about today’s event at the Supreme Court of Ghana and what it means to me personally, let me share this:

I was looking through my google photos and reminiscing what happened around this time, six years ago, in the week of June 22nd. That was the day I became a father.

On 29th June, I took a picture of my son, while he half-stared blankly at me, and resolved that my best legacy to him would be to leave a world, and a country far better to live in than I met it. I owe him that much if I brought him into this world.

It was this same week that experienced an escalation of sentiment that reached a crescendo driven mostly in part by horrendous decisions of the then Mahama government, which led, or birthed the OccupyFlagstaffHouse demonstration just a week later.

Some of us began taking steps that began with derision, mockery, contempt, laughter, insults, open hostility and a host of other actions both overt and covert designed to portray us as having ulterior motives and illusions of grandeur and power-hunger.

Indeed, we stood in the rain on the first of July, and some of us, in the 2 years that followed, helped trigger some kind awareness that blossomed into a social movement. Some of those who were active in that movement ended up justifying the tags that were given us, as they comfortably now hold positions in power and exercise the same powers that they protested against, excesses and impunity included. Yet, on those days, we were brothers and sisters in arms, in solidarity for the need for better governance.

I congratulate them on their stellar rise into power, prestige and influence. They are shaping the nation into this new decade, hopefully of prosperity… I digress.

Today, the same people that identified us as devils, who set the BNI on us, filmed us while marching, attempted to arrest and prosecute our friends based on whimsical brainwaves are now cheerleaders of some sort, hoping that our advocacy reaps results that they deem will even the governance playing field.

Today, those that saw us as friends when we were advocating, who knew we NEVER took a dime from anyone, do not shy at an opportunity to impugn a multiplicity of ulterior motives including very far-fetched yet delusional claims of some of us collecting monies for the sole purpose of pushing some “agenda” against their anointed.

It is against this same Electoral Commission that some of us sued for them to exercise their powers in Article 55 of the constitution and the Political Parties Act. Infact, the fluid nature of the need for electoral reforms led to the relevance and finality of the Pink Sheet as an electoral record during the Election Petition.

This same fluid growth of the Commission, an amalgamation of different elements of expertise brought together to execute a crucial mandate of our 4th Republican constitution, has necessitated massive public interest this year in its stance as to the conduct of our elections.

Most of the commentary around the issues raised by IMANI have been pedestrian, and have sought to align, or merge the reasoning around IMANI’s opposition to a new electoral register as that of the NDC. That is to be expected as a political cost of the landscape in which we operate.

While the end-game looks the same, the reasoning of the NDC completely differs from that of IMANI, and anyone who took an interest beyond the enthusiastic bubble of social commentary will see the crux of the matter:

In the discharge of statutory duty, whose evolution involves the use of technology, how do we justify profligate spending, continuity of data, the life of data, the quality and benchmarks of equipment and systems used for data capture, storage, transmission, verification, integrity and retrieval, and what would be the right checks and balances in terms of judicious use of the nation’s resources towards these purposes?

The question is whether state institutions would be working at cross-purposes, enhancing co-operation, driving innovation or become vessels for profligate spending or not, and whether the judiciary, being one of the main pillars of a state with the rule of law, could intervene in a way as to ensure judicious use of resources, of which our data, yours and mine, and our biometric and digital footprint will not be used as a tool for misaligned public expenditure.

That principle, explained in the Amicus Curiae, differs completely from the positions adduced by any political party for which they are in contention with the EC, but allows for further interpretation of the more pithy and contentious factors around data usage.

Down the line, 10 years, 20 years from now, judicial decisions will not only be on the matter of the trajectory of the law, but also on the evolution of technology and the artifical personalities it creates, and how problematic their interpretation will be in the act of jurisprudence. We have already seen some of this in landmark cases across the world when it came to data privacy in the Facebook vs EU court ruling, or the interpretation of what copyright and IP meant in the Oracle vs Google case, or even the famous Apple vs Samsung Case, which all blaze the trail for the position of technology and our attitudes to it in law.

As an advocacy group, IMANI threads where most fear to thread, mainly because most people will want to avoid this same kind of public and media posturing that seeks to out the advocates as some sort of mercenary gang only driven by some “unseen hand” that just drives them to mischief or some kind of appendage to whichever convenient opposition can be tagged to it.

The Supreme Court of this land has decided not to see any merit in what IMANI had to say, based on an impression of bias. Fair enough. The apex court of this land has spoken. In engagements of this nature, the problematic aspects that get buried always have an annoying, funny and urgent way of popping up again, since the core of the matters therein could not attain finality.

In every war, and a perpetual war towards the attainment of good governance, there will be sieges, skirmishes, attrition, battles and there will be defeats and victories. In a way, we all have to be chivalrous and also understand the terrain. That war needs tenacious soldiers. That war needs battle hardened souls.

As I sit writing this, my son has just fallen asleep. I see him now and remember the picture I had of him, at 3 days old, when we were in similar circumstances 6 years ago, with all the hate and acrimony that was directed at us, and pledging then, like I pledge now:

I will be on the right side of history.

I will leave a legacy of a better nation, I promise on my honor to be faithful and loyal to Ghana, and to him. The biggest thing we can bequeath to our children is the pride of our nationhood, who we are, what we mean what we stand for.

I declare today my interest. It isn’t on a printed paper with dead presidents. It’s in the breath and life of the future, my children, your children, our children, that we leave a better world for them, and that we did something that inspires them to be greater and do better.

So yes, laugh. Play the same old record about “losing credibility”. You are just playing an old broken, analog record that is losing its timbre.

Military in North East Region on stand by for NPP Regional e...
55 minutes ago