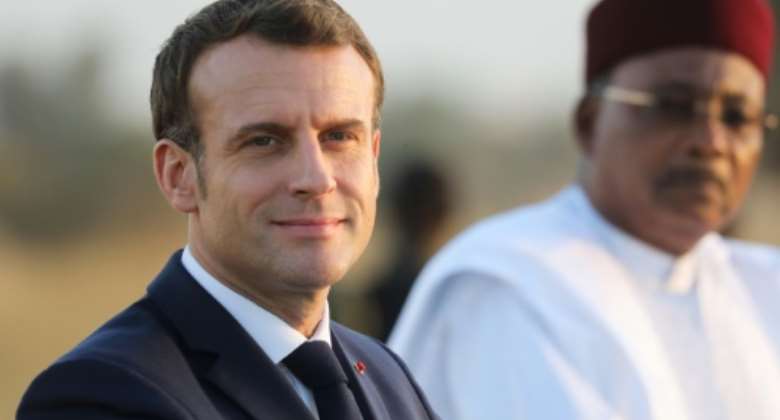 French President Emmanuel Macron will travel to the Mauritanian capital Nouakchott next week for a summit of West African leaders to discuss the tough campaign against jihadists in the Sahel region, his office said Friday.

Macron will make the trip to the West African desert state Tuesday for face-to-face talks with the leaders of Niger, Chad, Mauritania, Burkina Faso and Mali -- countries which contribute to the G5 Sahel force fighting a growing Islamist insurgency.

The G5 force works with the over 5,000-strong French Barkhane force which has been deployed in the region for the last seven years but has encountered increasing resistance from jihadists.

The meeting in Mauritania comes six months after a summit in the French city of Pau where the leaders vowed to intensify the fight against jihadists.

After the Nouakchott meeting, the six leaders will hold video talks with other key figures including European Council President Charles Michel and German Chancellor Angela Merkel, said a French presidential official, who asked not to be named.

Half-a-year following the Pau summit, the security situation is getting better but remains "deeply fragile", according to French Defence Minister Florence Parly.

The summit comes after France earlier this month was able to claim one of the biggest successes of its deployment -- the killing of the head of Al-Qaeda in the Islamic Maghreb (AQIM), Abdelmalek Droukdel.

Operations have also intensified in the region on the borders of Mali, Burkina Faso and Niger seen as a sanctuary for fighters of the Islamic State in the Greater Sahara (IS-GS).

The IS-GS was designated in January as the number one enemy of France's Barkhane and has itself been fighting Al-Qaeda affiliated groups.

Macron earlier this year signalled that all the options were on the table for the future of the French force, including withdrawal. But now officials in Paris emphasise that while French troops will not be there for ever, it is too soon to pull out.

The president's predecessor, Francois Hollande, had launched the deployment in 2013 to chase out jihadists linked to Al-Qaeda who had overtaken key northern cities in Mali.

At the Pau talks in January, Macron and Sahel leaders discussed growing dissatisfaction on the ground with France's military presence.

Local protests and criticism of the Barkhane force have riled French officials, not least after 13 soldiers were killed in a helicopter collision in Mali in December 2019 while pursuing jihadist fighters -- the deadliest toll for the French military in nearly four decades.

Macron has said he is wary to send soldiers to countries where their presence was not "clearly wanted", saying in December: "we need the political conditions to accompany the military work we do."