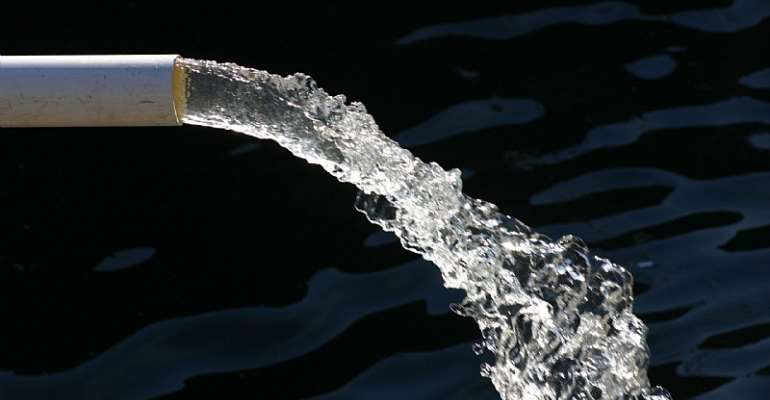 These shared water resources provide water for drinking, sanitation, agriculture (which accounts for ‎between 54 and 85% of employment in Volta basin countries), hydropower, and industrial needs. The ‎basins link the populations across borders, creating socioeconomic interdependencies between the ‎riparian countries. ‎

Transboundary cooperation in these shared basins is therefore critical to ensure sustainable development ‎and preserve regional stability, especially in the context of rising water stress linked to climate change; and to ensure access to safe water and sanitation, which is vital for hygiene in the face of COVID-19.

Her Excellency, Ms Cecilia Abena Dapaah, Minister for Sanitation and Water Resources stated that ‎‎“Ghana promotes transboundary cooperation as a key means to ensure pragmatic solutions anchored on ‎negotiations and dialogue with her riparian neighbours. The growing effects of climate change and ‎pressure on water resources call for urgent action to deepen existing cooperation. Ghana encourages the ‎other riparian countries also to accede to both key global Conventions (1992 Water Convention and ‎‎1997 Watercourses Convention) in order to strengthen our international cooperation and national ‎measures for the sound utilization, management and development of transboundary surface waters and ‎groundwater resources”.‎

An increasing number of countries are seizing the institutional and legal frameworks of the global Water ‎Conventions to facilitate concrete efforts for cooperation on shared water resources. Ghana’s accession ‎to the Water Convention follows that of Chad and Senegal in 2018, which became the first countries ‎outside the pan-European region to join. Côte d’Ivoire and Togo – with which Ghana shares its basins –, ‎Cameroon and the Central African Republic, are in advanced stages of the national accession process to ‎the Convention, while numerous other African nations are among the around 20 countries worldwide ‎taking steps towards joining.‎

Ghana’s accession to the two Conventions, supported by UNECE, Green Cross International, WWF and ‎others since 2018, also follows the recommendation of the Council of Ministers of the Volta Basin ‎Authority made at its 7th session held in Accra (Ghana) on 10 May 2019. This also shows the important ‎role played by regional organizations, notably basin organizations, in the promotion of the Global Water ‎Conventions. ‎

Ghana's accession to the Water Convention will enter into force within the next 90 days (21 September ‎‎2020).‎

About the Water Convention ‎

The Convention on the Protection and Use of Transboundary Watercourses and International Lakes, the ‎secretariat of which is provided by UNECE, has, since its entry into force in 1996, provides an important ‎framework for improving the management of transboundary surface water and groundwater resources in ‎the pan-European region. In March 2016, the Water Convention became a global multilateral and ‎intergovernmental legal framework for transboundary water cooperation, open for accession to all UN ‎Member States.

The Convention aims to protect and ensure the qualitative, quantitative and sustainable management of ‎transboundary water resources by facilitating and promoting cooperation between countries. An ‎important aspect of the Convention is its institutional framework, which is based on the Meeting of the ‎Parties, its subsidiary bodies, such as working groups and task forces, as well as a permanent secretariat. ‎This framework assists Parties in the implementation and progressive development of the Convention, ‎which includes the exchange of experiences and good practices, the development of guidelines and ‎recommendations, field projects and capacity-building. The Convention works on various areas, such as ‎adaptation to climate change and the connection between water, food, energy and ecosystems within ‎transboundary basins.‎