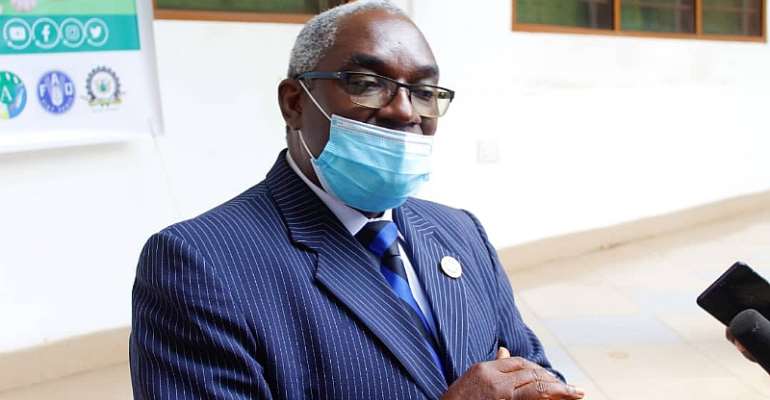 Dr. Mensah-Abrampa said the long-term policy document on GMOs will be launched in the coming months by the NDPC.

“Innovation in agriculture is instrumental in achieving broad-based social and economic growth in developing countries like ours”, he stated.

He said agriculture should be moved from the usual supply-focused approach to a demand-driven one whereby the government works with farmers to identify readily available markets to inform what they produce.

“Traditionally, what we as the government does, is to provide seedlings, fertilizers, and related support to farmers, telling them what to grow or produce. When their product is ready for the market, they are ignored, leaving them to struggle to sell what is produced. This has been the cyclical approach to agriculture, which ends up making the farmers even poorer as they produce more based but no markets to sell,” he noted.

Dr. Mensah-Abrampa indicated that it is only with demand-driven agriculture that farmers would be able to determine the volume of various crops to produce to curtail the perennial food glut and wastage across the value chain.

In Ghana, there are seasons when basic food items such as maize, rice, mango, avocado, and eggs flood various markets and food points across the country, after which they gradually disappear from the markets.

Dr. Mensah-Abrampa said the Covid-19 crisis calls for prioritizing and investing in areas where change is most needed, especially the dominant agricultural sector.

“Governance elements of agriculture must be looked at, but the question is: where are the policies, regulations, and road infrastructure? These are very important, and there must be a conscious effort to bring about these changes,” he added.

He said farming is a business venture and must be approached with entrepreneurial skills and effective training of farmers.

In the absence of such capacity building and empowerment, he said, most farmers just offer their labor in a very tedious way in order to get something out of it, instead of seeing farming as an entrepreneurial activity that they can invest in.

“Whenever there is a disaster, our farmers just throw their arms in the air and cry because we have not taught them the means to identify risks and adapt, and therefore, they are not entrepreneurs,” he noted.

Chief Osman Fukuyama, a Farmer at Bereku in the Central Region said GMOs will stand the test of time and enhance agricultural development in Ghana.

He said over the years, climate change, poor rainfall and crop diseases had impacted on their crop yields.

He said these factors called for modification of crop varieties by using modern technologies that had become necessary and noted that biotechnology was one of the best tools in plant breeding, adding that, the use of the method could be used to engineer crops to withstand pests and diseases as well as harsh climatic conditions.

“Fears about monopoly and access to seeds were the initial concerns; a number of scientists have walked me through the processes to develop GMOs and now I see the opportunities in the technology” he added.

Dr. Daniel Osei Ofosu, a research scientist at the Ghana Atomic Energy Commission reiterated that GMOs are safe for humans and the environment.

He reassured that before any GMO food was put onto the market, it would have gone through the necessary safety precautions.

“Biotechnology is a scientific method of enhancing food quality, safety and production and could cater to the myriad of challenges facing the Agricultural sector in Ghana and Africa in general”, he added.