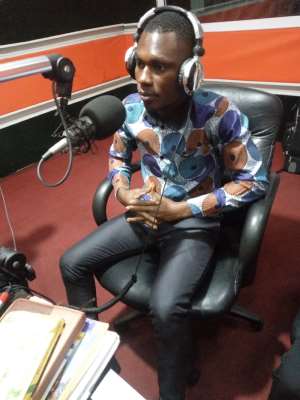 Standing in wait of explanation of the Supreme Court ruling dated Thursday, June 25 in relation to SUIT NO.J1/9/2020 and SUIT NO.J1/12/2020, Lawyers for the plaintiffs in both suits stood nodding in acceptance whilst Johnson Asiedu Nketia representing the Plaintiff in J1/9/2020 as General Secretary led the press lecture.

Regardless of the shame which stemmed from the ignorance and lack of understanding of the matters that filled the empty enthusiastic lecture, the lawyers, who by the standard of practice are referred to as "Learned" lost their position and repute as men of the learned profession.

They accepted with full alacrity the misappropriation and misplacement of facts as presented or better put lectured by "darling boy" Johnson Asiedu Nketia, a proof that indeed "we are not in normal times".

It was refreshing news to hear that the former president and now flag bearer of the opposition NDC would be addressing the press, a style he and his party have utilized for the past three years after they packed bag and baggage out of the Jubilee House.

I have chosen to expose his (John Mahama) inability to understand the ruling of the SC as it relates to the date the reasons for the unanimous decisions of the Justices shall be made public.

In John Mahama's press address, he states that the date given by the Supreme Court's decision to give proper definition of their decisions given for the dismissal of their consolidated suits is appalling. He was emphatic, by his own understanding that the SC slated 15th July, 2020.

The above, however, is palpable falsehood propagated out of the same misunderstanding that misled Johnson Asiedu Nketia and his learned men who nodded in total confusion as the immediate former lectured. The ruling stated that; "Reasons will be filed on or before 15th of July, 2020".

Simple grammar yet could be tricky to be understood by a group of "Dumelos" who agree that they value not intellectuality. The key word that gives proper interpretation to the statement supra is not the "on" rather the "before" though both stand reasonably accurate to its legal interpretation.

Simply put, "On" 15th of July, 2020 means reasons would be filed in the time of that date. The second key word which shouldn't be undermined in giving a correct and more reasonably accurate interpretation is the "before" which precedes the date.

Thus, interpreting the statement using "before" would mean that the SC could file the reasons any moment from now but not necessarily in the time of or ON the 15th of July, 2020.

This further gives emphasis that the filing of the reasons won't exceed the stated date yet could come far preceding it. It could even be the morning of Friday, 26th of June, 2020.

The duo incidence of today as expanded above draws my attention to the statements made by the parliamentary candidate of the NDC in the Ayawaso West Wuogon Constituency that the NDC where he belongs does not believe in intelligence and intellectualism.

Drawing our inspiration from his conclusion, and as rightly authenticated by General Secretary Johnson Asiedu Nketia and flag bearer John Dramani Mahama, we can only thank the actor John Dumelo for being honest and truthful and exposing his comrades.

In all, a new voter register is non-negotiable in the holding of the 2020 general elections just as their disbelief for intellectualism arguably unmatched.