Election 2020: We’ll Win With Or Without New Register – Mahama 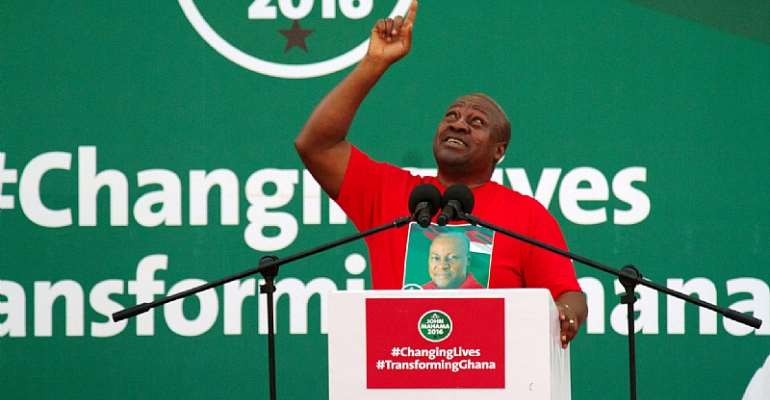 Former President John Dramani Mahama is convinced that the compilation of the new voters’ register will not compromise their victory in the 2020 elections.

He says although the party’s hopes of having the polls conducted with the existing voters’ register have been dashed, it is still confident of recapturing power from the governing New Patriotic Party (NPP).

This assertion from the opposition leader comes on the back on the Supreme Court’s dismissal of the NDC’s case against the Electoral Commission (EC).

The Supreme Court gave the EC the green light to compile a new electoral roll on Thursday.

The court also endorsed the EC’s decision to exclude the current voter's ID card from the list identification documents needed to register to vote.

Addressing the public at a news conference on Thursday, June 25, 2020, the former President said no election rigging schemes by the ‘failed’ Akufo- Addo administration will save them from losing their re-election bid.

“No politically engineered register can save this failed government from the inevitable defeat that awaits them in the next 165 days. With or without a new voters register, the NDC shall win this election by the grace of God,” John Mahama said.

John Mahama accused the government of engaging unscrupulous activities over fears Ghanaians will not renew its mandate in the December polls.

He indicated that the government's attempt to “systemically disenfranchise eligible citizens of this country,” is to cover up for its poor performance.

“This represents the handiwork of a desperate incumbent that on account of its very poor performance in government, sees its very political survival only through the prism of manipulation of the electoral process to exclude a section of Ghanaians who they suspect may not renew their mandate at the polls,” he said.