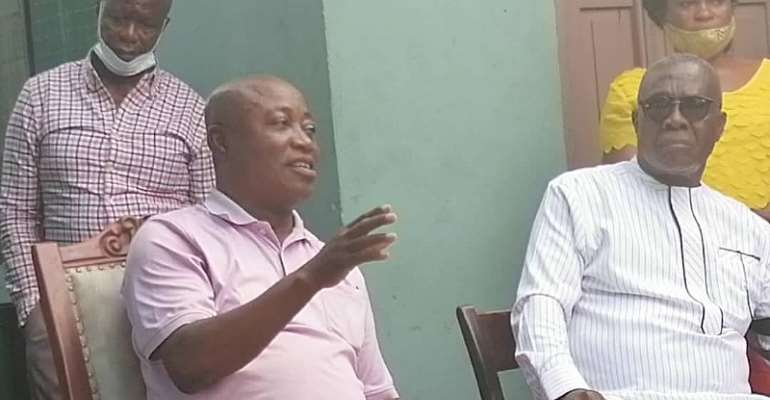 The Paramount Chief of the Ejisu Traditional Area of the Ashanti region, Oguakro Afrane Okese IV has clarified and apologize for recent comments that has been attributed to him for calling the current incumbent Member of Parliament for Ejisu a fool.

According to the Chief, all that he sought to do was to admonish the newly New Patriotic Party Parliamentary candidate, Lawyer John Kumah, not to ignore the needs of the people and also bring socio-economic developments to the area. His intentions were not to insult the sitting MP as has been carried out by several news agencies.

“It was misquoted by the press, I didn’t call the current MP a fool. However, I apologize to him and all those who feel affected by my comments, all that I want is developments for my people, jobs and activities that will lift Ejisuman higher” Oguakro Afrane Okese IV said in an interview with Prime News.

On Saturday, July 20, the current Member of Parliament for the Ejisu Constituency, Hon. Owusu Aduomi was defeated by the Chief Executive Officer of the National Entrepreneurship Plan, Lawyer John Kumah in the NPP parliamentary primaries by 90 votes.

Hon. Owusu Aduomi, who doubles as the Deputy Minister for Roads and Highways has been the MP of Ejisu for 12 years and was seeking a fourth term in parliament until he was defeated. 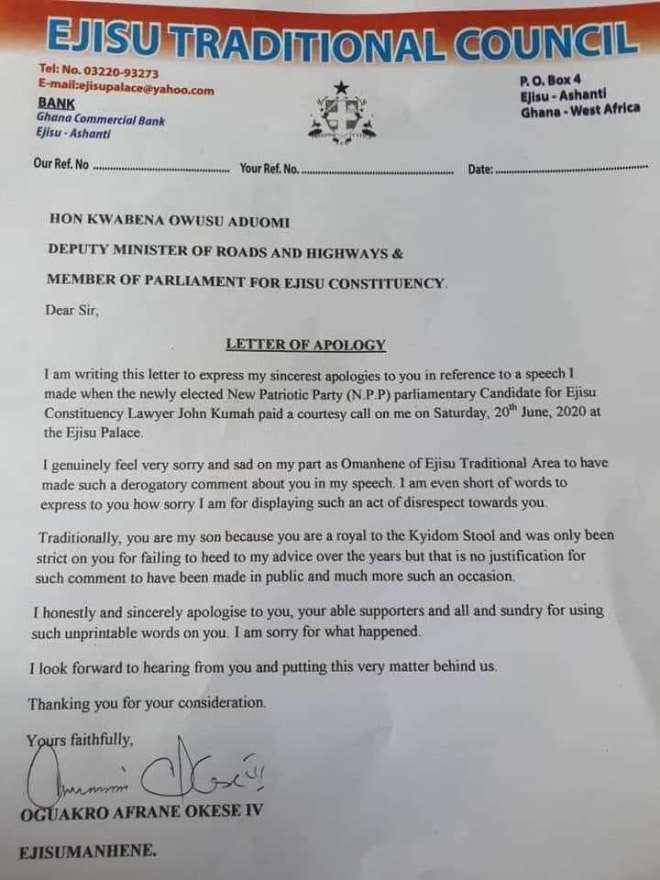