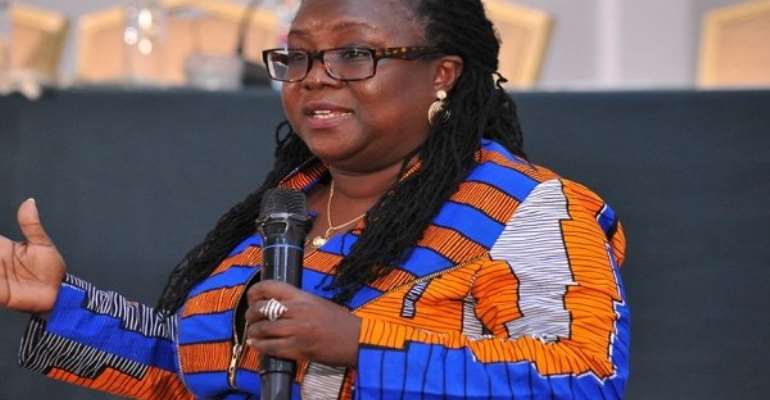 Professor Audrey Gadzekpo, Dean of the School of Information and Communication Studies, University of Ghana, has said elections are a contest of ideas on our living conditions and well-being, not a power grab.

She said the 1992 Constitution enjoined the media to provide fair, accurate and comprehensive information to enable the citizens to make intelligent political, economic, social, and cultural decisions.

She noted that the media must give fair and adequate opportunity for citizens to express their divergent views.

Prof Gadzekpo made these remarks in her presentation on Thursday in Accra at a Media Literacy Workshop on Election Reporting and Safety of Journalists.

The two-day workshop, which is the last in a series of training for 150 journalists across the country, is being organised by the Centre for Democratic Development (CDD) Ghana, in collaboration with the Media Foundation for West Africa (MFWA), with support from the USAID and the Dutch Foreign Ministry.

Earlier, journalists from the northern sector and middle part of the country were trained in Tamale and Kumasi respectively.

Prof Gadzekpo said journalists had a duty to ensure that there was transparency in the electoral contest.

She urged them to help build voter confidence in the electoral process and create a public record of promises made by candidates for them to be later held to it.

She said the media must act as a collective pressure group in holding those in authority accountable.

It was the media's responsibility to educate and inform voters about parties, programmes, candidates and issues, she said.

Prof Gadzekpo said it was also the duty of the media to provide civic education about the electoral system and arrangements in addition to serving as a vehicle for healthy debate, monitoring progress of electoral process and reporting election results.

With regards to endorsing candidates, Prof Gadzekpo noted that under no circumstances should state-owned media endorse candidates.

She said private media were free to endorse, however, in endorsing they must give electorate cogent reasons for the endorsement.

Dr Kojo Asante, Director of Advocacy and Policy Engagement, CDD Ghana, said 2020, being an election year, was going to be a challenging year for all in Ghana including the media.

He said the media's role was very crucial in securing a peaceful election for Ghanaians, adding that the workshop was timely because election activities were already gearing up and journalists had to be mentally prepared on how they were going to inform and educate the public.

Mr Sulemana Braimah, the Executive Director of the MFWA, said there was the need for journalists to exercise circumspection when giving coverage to political parties and candidates.

“Journalists have a lot of work to do and people expect a lot from them… the least we can do is not to disappoint them".