BoG Governor Worried About Widening Budget Deficit Due To COVID-19 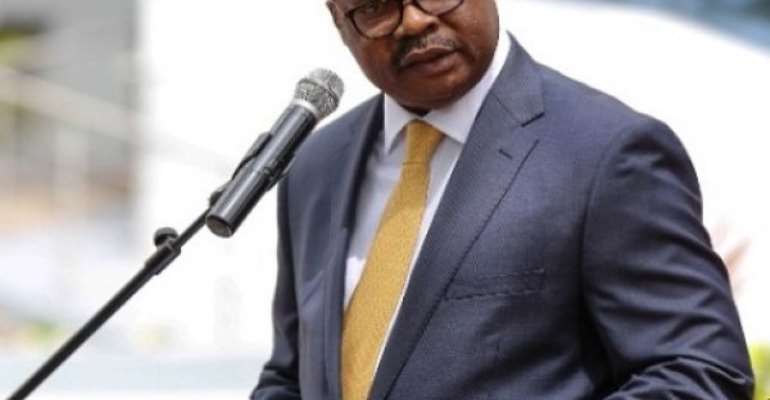 Dr Ernest Addison, the Governor of the Bank of Ghana (BoG), has expressed worry about the widening budget deficit due to the coronavirus pandemic, saying this development could derail the progress made over the past three years.

Speaking in an online broadcast, Dr Addison said the budget deficit, which is projected to reach over 7 percent this year, could in the face of weak revenue generation and the pandemic undermine the economic gains.

The deficit was 3.4 percent of GDP in the first quarter against a target of 1.04 percent.

“We cannot allow the COVID-19 pandemic to undermine all the gains we have made over the past three years,” Dr Addison said.

The online broadcast was organised by the Graphic Communications Group as part of the 70th anniversary celebrations and covered a broad spectrum of issues affecting the economy and the banking sector.

Dr Addison said while initial indicators in the first quarter pointed to a relatively strong link of export of cocoa and gold, oil exports on the other hand had been significantly impacted.

The Bank had already projected a decline from the original estimation of over seven percent to two percent, a significant revision of the outlook on growth.

Inflation had picked up at 11.3 percent in May beyond the Central Bank's target band of 8 plus or minus two.

“We are seeing inflation which was around our target band has recently gone up and then you can also see that the budget deficit is threatening to be wider than originally planned. This really complicates policy. It calls for very serious navigation of the challenge in order to ensure that we don't undermine all the gains that we have made over the past three years,” he said.

Dr Addison said businesses in the tourism and hospitality, education and management services sectors had been significantly impacted with workers laid off and others sent home in order to manage the impact.

He said the impact for 2020 would be significant depending on how the disease progresses and would lead to a change in the economic forecast.

“It is very fluid and this is something that is changing all the time,” he said.

On the banking sector, the governor said the reforms, which led to the closure of weak banks over the past three years, had strengthened the sector in the COVID-19 environment and increased the confidence in the banking system.

“The banks are well capitalized and should be able to weather the coronavirus pandemic effects provided it does not become a protracted problem which is not resolves within the next six months,” he said.

Dr Addison said he was satisfied with the effort of the government, saying the biggest impact of the Covid pandemic had been on the budget, that is government revenue and the expenditure plan in the face of lower revenue generation.

“At the same time that the government has had lower revenue coming in 2020, the government also has to spend more to protect households, businesses and providing more resources for our health facilities all of that cost money,” he said.

“We need to understand in the outlook how this pandemic pans out and if it would put pressure on government's financial needs. We are only hoping that we have seen the worst and if that is the case some of us are of the view that the measures put in place are about adequate,” Dr Addison added.

Mahama Installed As Development Chief Of Apesika
5 minutes ago

New Voter Roll: EC Quickly Restored My Name After I Raised A...
5 minutes ago