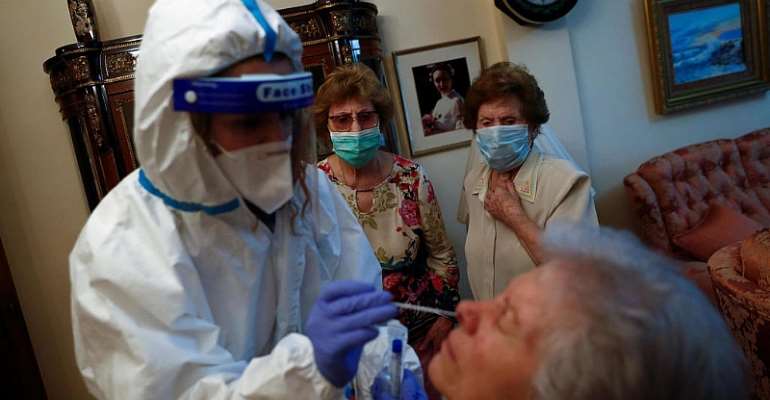 The French government is to launch "large scale" coronavirus testing in the greater Paris region, in a bid to identify possible coronavirus clusters.

France's current 'test and trace' system offers tests, on prescription, to people with possible Covid-19 symptoms, or those who had been in contact with a sick person.

So far there has been little widespread testing of people without symptoms apart from some drop-in testing centres in poorer areas where people find it difficult to access healthcare.

Under the new scheme, even those who display no symptoms would be eligible, Véran said.

People who live near previous hotspots will be targeted in a bid to identify asymptomatic carriers who may be transmitting the virus without knowing it, said the minister.

The tests would determine if a person is currently infected, not whether they had the virus previously.

“The objective,” he said, “is to identify possible dormant clusters.”

Experimental phase
The government will start with a pilot campaign in Ile-de-France, the region worst hit by the coronavirus pandemic, along with three other regions (Grand-Est, Provence-Alpes-Côte d'Azur and Hauts-de-France).

Between them they account for about three-quarters of people who required intensive care for coronavirus complications.

"We are in an experimental phase to see if this corresponds to what the French want," Veran said of the testing campaign, adding that it "may be extended to other regions later".

Figures released on Wednesday showed that 29,731 people had died in the COVID-19 outbreak in France to date, though the rate has slowed to 11 deaths in 24 hours.

Anticipating a possible 'second wave'
Veran told the newspaper that "the peak of March-April is behind us, but we have not finished with the virus", and urged people to continue to "avoid large gatherings and risky behaviour" that could help the virus spread.

Because of the density of its population and pockets of poverty, the Paris region has already been identified as vulnerable to further outbreaks in the event of a 'second wave' in the Autumn.

In May, Veran admitted there had been "a gap between the theory and the practice" of testing in France as many people who held a doctor's prescription for a test were unable to get one.

France has ramped up its capacity since then, and said in May it would be able to carry out 700,000 tests per week.