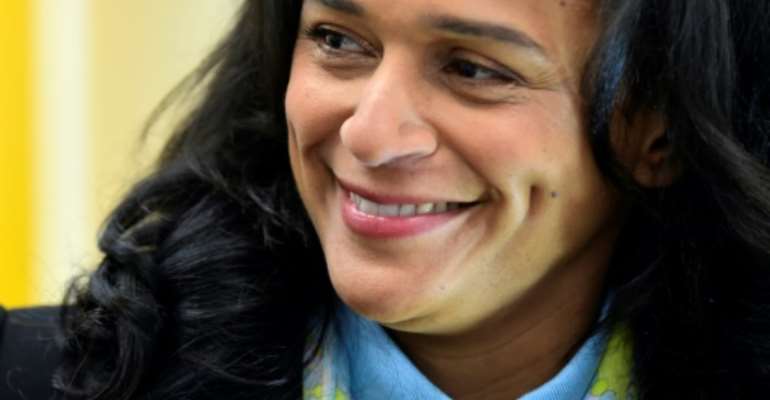 Isabel dos Santos is said to be the wealthiest woman in Africa. By MIGUEL RIOPA (AFP/File)

Angola's attorney general said Thursday that he did not rule out issuing an international arrest warrant against billionaire businesswoman Isabel dos Santos, suspected of corruption in her native country and Portugal.

"We are working in cooperation with the Portuguese authorities. And if the need arises... to get to that point, we will see how to proceed," Helder Pitta Gros said in response to questions at a press conference in the capital Luanda.

"These are procedural issues, (and) as you can imagine I cannot say more about a process that is under way. We are working on it," he said.

Dos Santos, 47, described by Forbes as the wealthiest woman in Africa, is accused of diverting billions of dollars from state companies during her father Jose Eduardo dos Santos's near four-decade rule of the oil-rich African nation.

She has strongly denied the allegations, describing them as "a coordinated political attack" devised by the Angolan government.

Last December, a civil court in Luanda issued a "preventative" order to freeze her business assets as part of a crackdown on graft by the former president's successor, Joao Lourenco.

A month later and after analysing a trove of more than 700,000 leaked documents, the International Consortium of Investigative Journalists (ICIJ) also accused her of looting state coffers.

Subsequently, Portugal froze her assets in that country, where she has invested mainly in banking and telecommunications.

One of dos Santos's lawyers, Dan Morrison, told AFP this month that Angola's order to freeze her assets was "manifestly unfair, improper" and based on "faked" documents.

There was no immediate response to AFP's request for comment from dos Santos' communications representatives on Thursday.