NPP Primaries: Another Shade Of Corruption And Embarrassment To Our Democracy — Prez Candidate 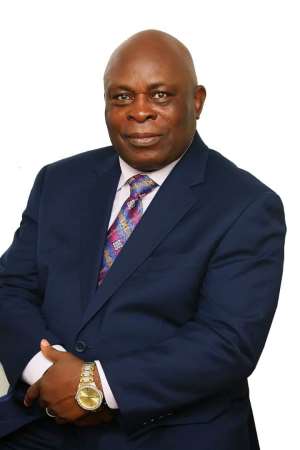 According to him, voter bribery has become a common phenomenon in our fledgling democracy.

Some Parliamentary aspirants of the ruling political party have flagrantly disregarded the political parties ACT which serves as a guiding principle for all who seek to contest for political positions in Ghana.

Section 33 and 34 of the Representation of the people’s law 1992 (PNDC LAW 284) stipulates that voter bribery is a criminal offense and is liable for a summary conviction and a prison term not exceeding three years. However, voter bribery continues to be one of the fundamental breaches of the laws of Ghana, yet nothing has been done to curtail this act of criminality.

It has become the oil that greases the wheel that speeds one to power, likewise the oil that greases the palm of the voter with delight and ignorantly sells his or her future to the Politician. According to a CDD-Ghana report in 2016, 84 % of Ghanaians vote for their personal gains and that most Ghanaians don’t know that it is a criminal offense to take bribes before voting.

My Government will use the CICI model to appoint leaders and would encourage the grassroot level to follow same. The CICI model which is Common sense ,Intelligence, Consciousness and Integrity will be the criteria for selection of leaders. We believe when these principles are encouraged, Ghana will produce leaders who will maintain higher standards of professionalism.

If we end up electing people with the highest bidder into political offices, there will be a fatal outcome of they trying hard to recoup the money they had invested through any dubious means and this has engendered corruptible acts by some leaders over the years. I will ensure that my appointees or leaders would have to satisfy the CICI criteria before they hold any political position in Ghana.

We condemn this gross disregard for our our laws which has been a major characteristic of our elections since the inception of our democracy in the Fourth Republic. This highlights the incompetence of those who take part in this mischievous act. It is sad to know as purported by the media that some aspirants of the just ended parliamentary primaries of the New Patriotic Party offered bicycles to be voted for and had to reclaim upon their loss. It is obvious it was given to them to induce a certain outcome.

Our democracy cannot thrive very well on the highest bidder. If this growing phenomenon persist, we will end up producing and voting incompetent leaders and that has always been the status quo. Those who offer money and other benefits for electorates have nothing good to offer except to engage in corrupt practices.

The Independent Presidential Movement IPM, and Ghana Diasporan Movement GDM is calling on all Ghanaians to vote for Dr. Tom Asiseh as their President on 7th December 2020 for a new order kind of leadership. Vote for honesty, firm leadership and integrity. Dr. Tom Asiseh is not just a politician but a transformational leader who understands the intricacies of leadership to explore in order to move Ghana from a third world country to a first world country.