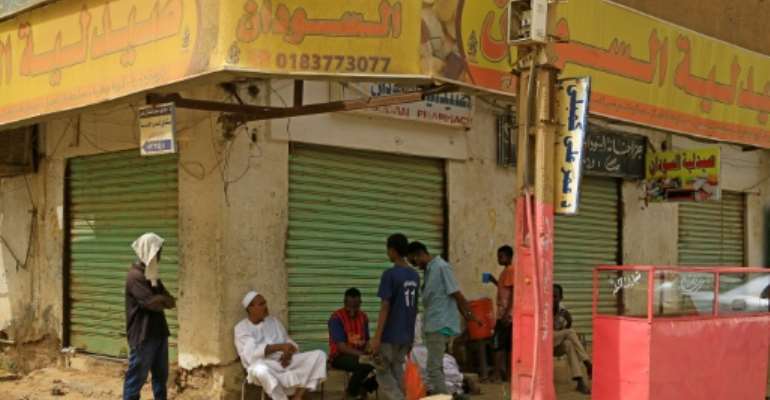 As it battles mounting cases of coronavirus, Sudan is grappling with acute medicine shortages at a time of economic woes largely blamed on the policies of ousted president Omar al-Bashir.

Healthcare providers have reported shortages of basic medications in pharmacies and hospitals, while patients suffering from critical diseases struggle to find drugs.

"I've been looking for my medicine for three days, and I still can't find it," Abdul Aziz Adam, who has asthma, told AFP outside a Khartoum pharmacy.

Adam, a resident of the capital's twin city, Omdurman, toured pharmacies in both only to hear the same response: "That drug is currently unavailable."

The shortages come as Sudan fights to control the spread of COVID-19, which has claimed 548 lives out of almost 9,000 confirmed cases.

"The medicine crisis is evident in Sudan. Basic medications have disappeared from pharmacies," said Abdulaziz Othman, a pharmacy owner.

"Our remaining stock is running low with each passing day."

Last week, dozens of pharmacists protested in Khartoum holding banners that read: "Lack of drugs kills in silence" and "Medications are a right, not a privilege." 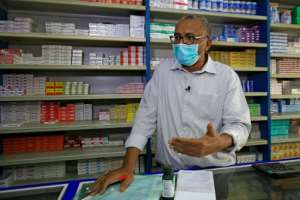 Pharmacy owner Abdulaziz Othman bemoans the acute shortage of medicines at his drugstore in the Sudanese capital Khartoum. By ASHRAF SHAZLY (AFP)

"There will be no concessions or compromises on people's health rights. We will not tolerate this," a Sudanese pharmacists' union said in a statement.

The union is part of the Sudanese Professionals Association, which organised the anti-Bashir protests that kicked off in December 2018.

Economic hardship played a major role in triggering the months-long protests against Bashir, who was finally ousted by the military in April 2019.

During his 30-year rule, Sudan's economy suffered severe blows ranging from decades-long US sanctions to the 2011 secession of the country's oil-rich south.

Sudan still faces daunting economic challenges more than a year after his ouster.

The International Monetary Fund says Sudan's economy "contracted by 2.5 percent in 2019 and is projected to shrink by 8 percent in 2020" because of the pandemic.

"Banks used to provide dollars before, but now, they've stopped and the situation has worsened with the coronavirus crisis" and closure of airports, said Othman.

"The crisis is due to financial problems and the government's inability to provide foreign currency for imports," he told the official news agency SUNA.

The dearth of hard currency has left import companies reeling and brought the local pharmaceutical industry to its knees.

Of 27 local factories which cover nearly 45 percent of Sudan's needs, only 19 are still operational, according to the trade ministry.

"Sudan needs to import medicine at (a rate of) $55 million a month," said Jalal Mohammed Ahmed, who runs a pharmaceuticals import company.

"Since the beginning of the year, Sudan has been importing only $9 million a month."

In a March report, the UN Office for the Coordination of Humanitarian Affairs said Sudan's imports of medicines were already 20 percent lower in 2019 compared to 2017.

Many pharmacies and drug stores now face the threat of going out of business, but health care workers are trying to fight back at least at a local level. 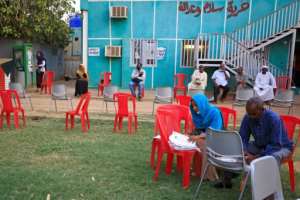 Doctors, nurses, and other volunteers at a small treatment centre in the Shambat district of northern Khartoum. By ASHRAF SHAZLY (AFP)

Doctors, nurses and other volunteers have set up a small centre in the Shambat district of northern Khartoum to treat patients and offer limited medication.

A doctor, Amal Taggedine, said they appeal for people with surplus medicines to bring them to the centre to help others.

"We now have a small pharmacy in the centre... and we offer patients everything including sanitisers and face masks at low prices," she said.