"You Disrespected Us, We Won't Be A Laughing Stock" – Nigeria Speaker To Ghana 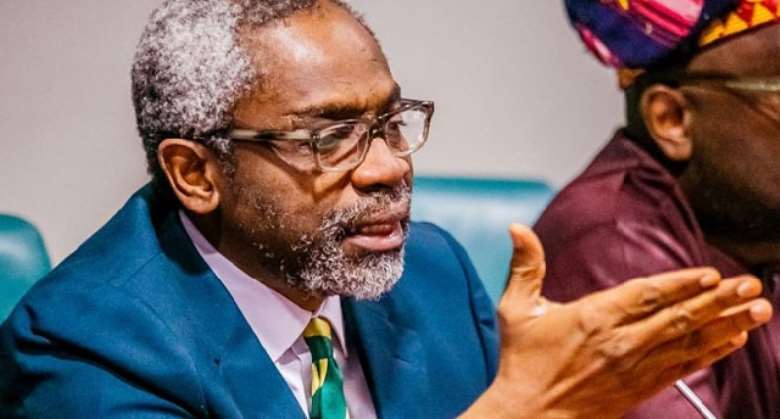 The Speaker of the House of Representatives of Nigeria, Femi Gbajabiamila

The Speaker of the House of Representatives of Nigeria, Femi Gbajabiamila, has condemned Ghana for attacking the sovereignty of his country through the demolition of a prime property belonging to its High Commission in Accra.

A section of the staff quarters of the High Commission was bulldozed at the weekend by people described as unknown by Ghanaian authorities.

Speaking on behalf of the House of Representatives of Nigeria during an interactive session with the country’s Minister of Foreign Affairs, Geoffrey Onyema, over the matter, Mr Gbajabiamila said: “I think we should look at this thing from the premise that the Nigerian state was attacked”, explaining: “It’s not that a building was demolished. No. I think if we look at it from that premise, we’ll begin to understand or underscore the gravity of what we’re dealing with”.

“It is trite that the embassy of any country, is actually the sovereign location in that particular country”, the Speaker said, adding: “So, from that point of view, we need to address this in that context that Nigeria was attacked”.

In his view, “It’s not an ordinary land dispute. No it’s not. It has now metamorphosed into a dispute between two countries”.

“The question I want to ask is this: If, per adventure, for argument sake, it was the US embassy that was demolished in Ghana, do we think the US will be talking about apology, ‘we’ll look into it?’, that’s all I want to know”, he wondered.

“So, we’ve established a pattern and all we get is apology, ‘we’ll get into it’”.

“We must put a stop to what has become recurrent decimal or perennial problem between Nigeria and Ghana. To me, this is like a sibling rivalry between two sister countries but even in sibling rivalries, there is a line you just don’t cross and they just crossed the line, albeit the second time. What are we going to do about it?”

According to him, the demolition of the Nigerian property could just be a small manifestation of a bigger problem.

He noted that there is something called a “non-citizens card” in Ghana, which is “speculated” that it is targeted at the two million Nigerians living in Ghana.

“So, we need to begin to peel off these layers to know exactly what has Nigeria done or what exactly is going on”.

“I think this has gone beyond court process ... it’s actually demeaning Nigeria to say this is a dispute between a land owner and the Nigeria state. So, if we can agree that it’s a dispute between two countries because that embassy represents Nigeria and whoever did that did it under the colour of law, so, it’s between Nigeria and Ghana. Will the proper forum for dispute resolution be a Ghanaian court?”, he asked, pointing out that “invariably, if Ghana has a problem [with Nigeria] and they are operating through subterranean moves, what do we think the outcome of the legal proceedings will be?”

“I think we should make it clear to the authorities in Ghana that Nigerian is not going to sit down and fold her arms”, adding: “Reciprocity is a legitimate instrument in foreign relations. I don’t understand why a country would do that when you know you have prime property in the sister country that you have put under attack – there’s property in Abuja, there’s property everywhere”, he told the session.

The Speaker said Nigeria must stop being soft with Ghana on the matter.

“For you to now, without any fear of a country like Nigeria or any country, even the smallest country, go under the cover of the night, the police did not come, nobody showed up, and just demolished the place, shows high disrespect for the country and that’s why we’re here to uphold our honour and glory otherwise we’ll become sleeping giants, a laughing stock – South Africa did it, Ghana did it, tomorrow it will be the turn of Uganda, and the next time it will be Ethiopia and what will do? Because of the gentleman that we are as a country, we’ll continue to send letters, and accept apologies.

“Let’s be a little bit more stern, a little bit more aggressive in our approach. The days of trying to be a gentleman and be diplomatic, I think we should put that aside ... you can excuse the first time but when it happens the second time, something sterner must happen”, he insisted.