DR Congo police use tear gas on protesters outside parliament 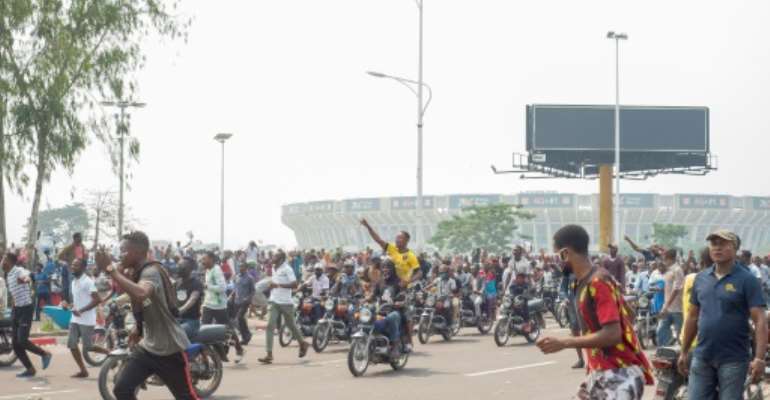 The protesters blocked the main thoroughfares to the parliament. By Arsene Mpiana (AFP)

Police in DR Congo's capital fired tear gas for a second straight day Wednesday to break up violent protests outside parliament over proposed changes in the judiciary.

The UDPS is in an uneasy coalition with forces close to Tshisekedi's long-serving predecessor Joseph Kabila. Only a third of the government ministers are from the UDPS. 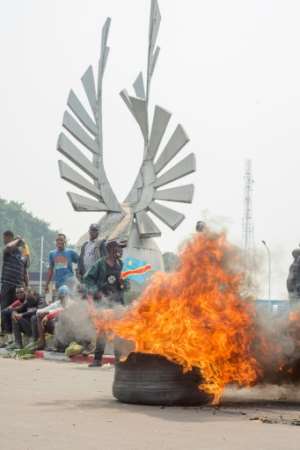 They set up barricades and burnt tyres. By Arsene Mpiana (AFP)

The contested legal changes include proposals to define the powers of judges, which critics say is a ploy to muzzle the judiciary.

The proposals come from the Common Front for Congo (FCC), a coalition close to Kabila, who remains a behind-the-scenes force in national politics.

AFP journalists said some of the protesters hauled MPs out of their cars and attacked the homes of Kabila loyalists.

FCC chief Nehemie Mwilanya on Wednesday warned "those who think they have a monopoly on disorder and violence.

"Careful!" he said. "They must realise that everyone knows how it starts, but not how it ends." 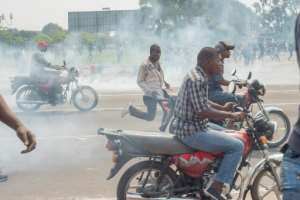 Mwilanya also questioned the "inaction" of the interior minister, who is from Tshisekedi's party, without naming him, saying he failed to understand why some people were following "scorched earth politics."

Former parliament speaker Aubin Minaku, one of the people behind the proposed amendments, said the "aim is to define the authority the justice ministry exercises over the judges." 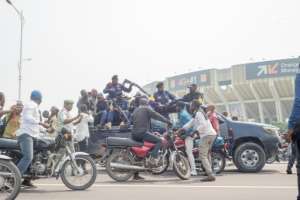 The president's party says the proposed legal changes are a ploy to undermine the judiciary. By Arsene Mpiana (AFP)

But Tshisekedi's party on Monday lambasted it as a ploy to "undermine the independence of the judiciary and increase the power of the justice ministry."

The opposition Lamuka coalition also said the proposals would "deal a death blow to the concept of separation of powers."