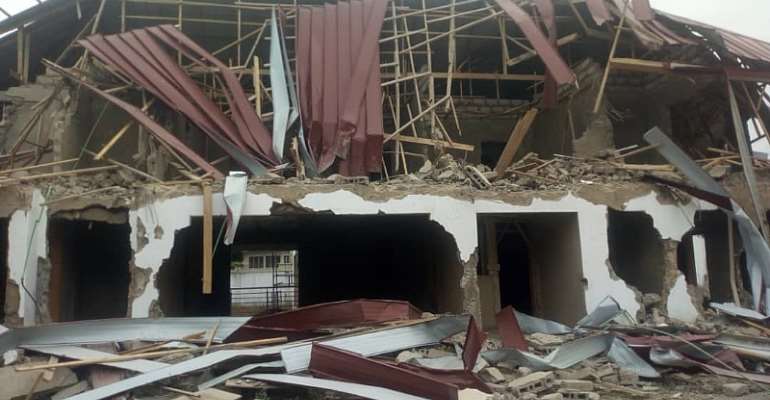 The police at Adenta in Accra have busted three men on suspicion of snatching an unregistered Kia Optima car being offered for sale by a lady.

The Accra Regional Police Public Relations Officer, DSP Effia Tenge, who confirmed the arrest, told DAILY GUIDEthat two of the suspects were arrested at Katamanso, while the third suspect was grabbed at Sowutuom.

She narrated that it was Boanor who expressed interest in buying on June 14 around 7:00 a.m. when he found the car parked at the residence of the victim with the 'for sale' tag and asked to test drive it which the lady obliged.

DSP Tenge said on their way, Boanor snatched the car and escaped with it, but on June 18, police received intelligence that the suspect had parked the vehicle at Katamanso and proceeded to the place to pick up Boanor and his accomplice, Kamasa, without the car.

Further investigations led to the discovery of the car which had been covered at Sowutuom, Accra, where another suspect, Vessel, whose house the car was parked, was also arrested.

The police chief indicated further that the victim had since identified the car, with Boanor as the one who snatched it from her.

President Akufo-Addo’s sterling leadership saved us from COV...
37 minutes ago