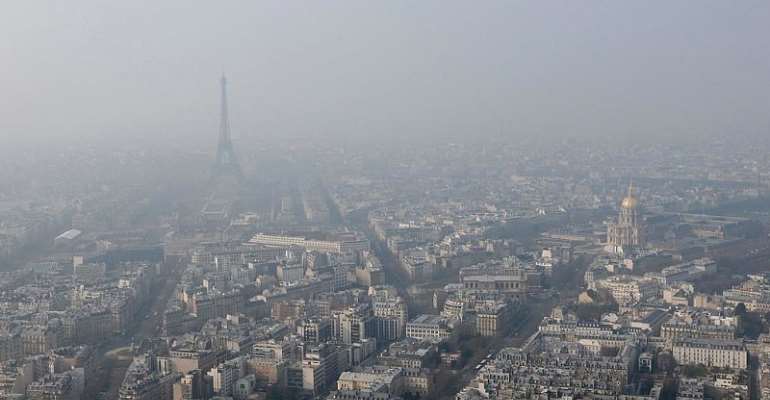 A study comparing air pollution levels in European cities published Wednesday shows the level of nitrogen dioxide, a toxic gas mainly emitted by road traffic, has more than doubled in the French capital since the end of confinement on 11 May.

If levels of air pollution fell in cities around Europe as confinement imposed to stop the spread of Covid-19 halted road and air traffic, they are on track to returning to pre-confinement levels, according to research published Wednesday by the Centre for Research on Energy and Clean Air (CREA).

The rebound has been strongest in Paris, where levels of nitrogen dioxide (NO2) have increased by 120 percent from the cleanest 30-period during the lockdown that lasted from 17 March to 10 May.

While not yet back to their pre-Covid level, NO2 levels rose abruptly in the three weeks following 11 May, the first day France began to lift confinement measures, a Paris-region air quality monitor said earlier this month.

The Helsinki-based CREA warned the return of pollution was likely to put Covid-19 patients around Europe at greater risk, with a recent study suggesting a link between NO2 exposure and coronavirus mortality.

Paris pollution a long-term health concern
The rebound is partly explained by the French capital having been one of Europe's most polluted cities prior to the coronavirus epidemic, long a controversial environmental and public health issue.

CREA cited a French health study that found NO2 pollution exceeding legal limits was responsible for an average of 4,300 deaths and 1,300 new cases of child asthma per year in Paris from 2005 to 2009.

The European Court of Justice condemned France for insufficient action against NO2 air pollution in 2019.

Paris's pre-Covid pollution level also explains why it, along with Bucharest, Lisbon and Milan, saw the largest reductions in air pollution during confinement, CREA said.

“Paris saw the second largest decrease attributable to lockdown… representing a 60 percent fall compared to its pre-Covid level,” the report read. “This highlights the potential benefits to be reaped through more ambitious transport policies.”

The researchers said cities could address pollution by adopting five recommendations that include shifting to clean energy and transport, providing infrastructure to privilege cycling and walking over road traffic, ensuring hygiene and ample personal space on public transport and electrifying public vehicles.

Officials in the Paris region have sought to promote walking and cycling as being in the interest of public health, with efforts to close some roads to widen sidewalks for pedestrians and create 150 kilometres of new bike lanes, including 50km within Paris itself.