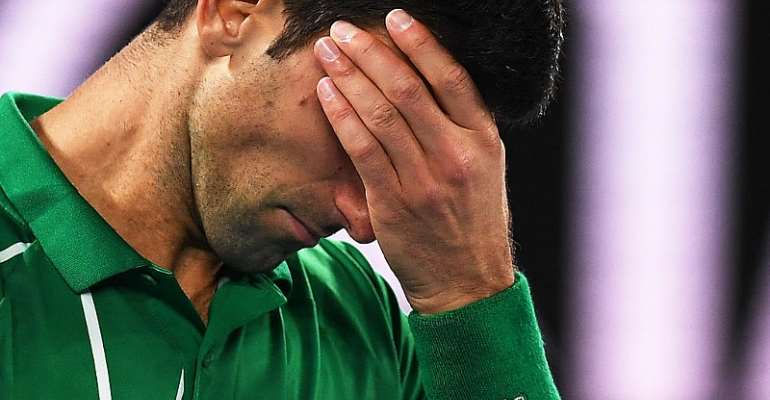 World number one Novak Djokovic has come under fire for hosting a tennis exhibition in the Balkans where he was one of four players to test positive for the coronavirus.

Djokovic, 33, revealed on Tuesday he had contracted the illness along with his wife Jelena.

In the preceding 48 hours, Borna Coric, Victor Troikci and Grigor Dimitrov said they were unwell.

Djokovic said: “I am so deeply sorry our tournament has caused harm. Everything the organisers and I did the past month, we did with a pure heart and sincere intentions.

"We believe the tournament met all the health protocols and the health of our region seemed in good condition to finally unite people for philanthropic reasons.

"We were wrong and it was too soon. I can't express enough how sorry I am for this and every case of infection."

The contrition followed images of matches in front of thousands of fans, players embracing across the net, high jinks while playing basketball and even dancing in a Belgrade nightclub.

As the hashtag #Djokovid circulated online, Australia's Nick Kyrgios, the traditional bellwether for impolitic gestures, said the tournament was misjudged.

Britain's Andy Murray, a three-time Grand Slam winner who has known Djokovic since their junior days, said: "I don't think it has been a great look for tennis.”

After wishing the afflicted a speedy recovery, Murray, who is coming back from injury, added: "In hindsight, it's not something that should have gone ahead.

"It's not surprising how many people have tested positive after seeing some of the images of the players' party and the kids' day. There was no social distancing in place."

Balkan sweep
Djokovic's Adria Tour started in Belgrade and was scheduled to pass through Croatia, Montenegro and culminate in Bosnia on 5 July.

The Montenegro leg was cancelled because of health protocols involving travellers from Serbia and the event unravelled in the Croatian coastal town of Zadar last weekend with Dimitrov pulled out  and returned to Monaco.

Even before the Adria Tour, Djokovic was criticised for breaking lockdown rules to train in Spain. He then described limits on players' entourages at the US Open as extreme and impossible.

Best wishes
The ATP, which organises the international men's tennis circuit, said: “The ATP wishes a complete and quick recovery for the ATP players and members of their staff who tested positive for Covid-19.

“The ATP continues to urge strict adherence to responsible social distancing and health and safety guidelines to contain the spread of the virus.”

The ATP and the WTA, which runs the women's tour, are scheduled to resume competitions in the middle of August in preparation for the US Open in New York where Djokovic could win his 18th Grand Slam title.

"I think there's a lot of his peer group who are scratching their heads," veteran coach Paul Annacone told the website Tennis.com.

"I was totally anxiety-ridden and very disappointed because the restart, or the reimagining of how we can start is just about eight weeks away.

"And with all these opportunities to try to start in a progression, to me, it felt like they skipped about 15 steps."

Bruno Soares, a doubles player who sits with Djokovic on the ATP's Player Council, called the Adria Tour a horror show, while ATP chairman, Andrea Gaudenzi, said it was a lesson for other tournaments.