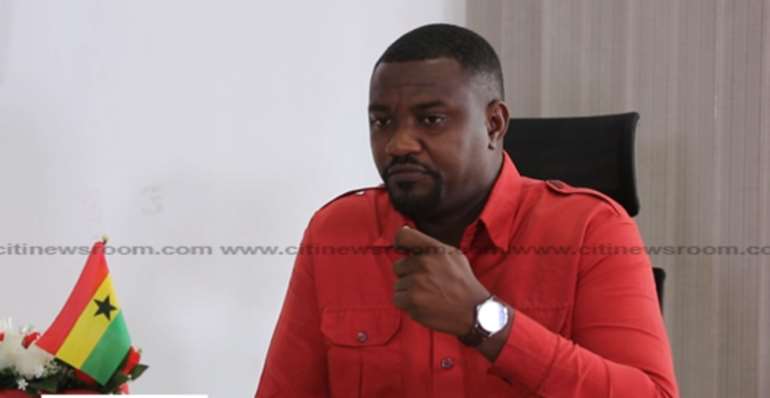 Mr. Dumelo, who is running to represent the Ayawaso West Wuogon constituency on the ticket of the NDC, has explained that his campaign has been supported by friends and sympathisers who have shared in his vision.

Speaking on Citi TV’s Face to Face, he said he has been focused on catering for the “essential needs of people” in his constituency through the benevolence of some friends.

“I don’t share money, I share the essentials people need. I use the money to buy [the essentials for] them. My source of money is from benevolent people.”

“I am not on social media sharing money, nobody has ever seen me sharing money. If I have ever distributed money someone should come out and say,” he added.

Mr. Dumelo also said he as campaigning within his means.

“…it’s not about being rich, it’s about being content with what you have and sharing the little that you have… If I am called [by a friend] to take GHS 500 cedis to support my campaign, I will gladly take it,” the actor said.

When asked on how much money he had spent on his campaign so far, Mr. Dumelo admitted to having spent “quite a lot and I am not able to quantify it.”

Mr. Dumelo will be contesting Madam Lydia Alhassan of the New Patriotic Party for the Ayawaso West Wuogon parliamentary seat in the election.

The contest has been tipped by many to be keenly contested as a result of the level of public interest the race has generated so far.

The two leading candidates for the area have been actively involved in the campaign and other gestures aimed at winning the hearts of their constituents.