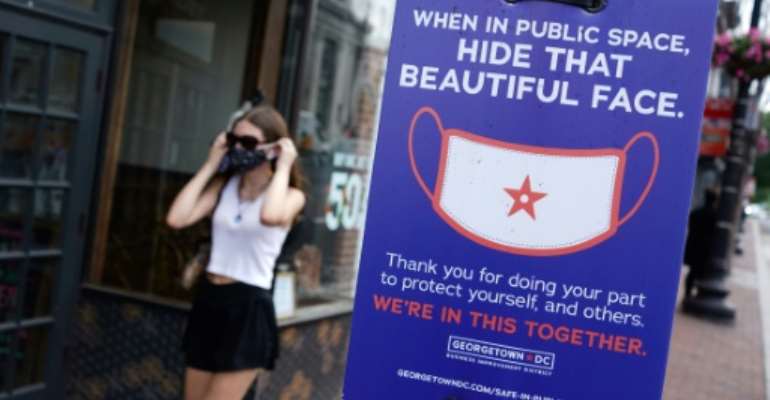 A pedestrian passes by a sign requesting people to wear face coverings in the Georgetown district of Washington, DC. By MANDEL NGAN (AFP)

Coronavirus infections are surging across large parts of the United States, the top US infectious disease expert has warned, as the death toll in Latin America passed 100,000.

The developments highlighted how far away the world remains from ending the pandemic, six months into a crisis that has claimed nearly 500,000 lives and devastated the global economy.

Even in Europe, which has been loosening travel restrictions following a brutal few months when it was the epicentre of the pandemic, there have been major setbacks. 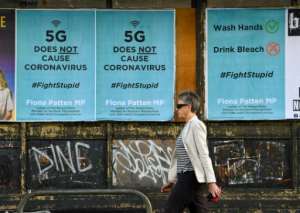 Germany on Tuesday reimposed lockdowns on more than 600,000 people following a cluster of infections at a slaughterhouse, while world men's tennis number one Novak Djokovic tested positive after hosting an exhibition tournament in the Balkans.

In the United States, White House advisor Anthony Fauci warned the next two weeks would be "critical to our ability to address... surgings" in Florida, Texas and other states.

The United States has already recorded more deaths than any other nation, with nearly 800 more fatalities on Tuesday taking its toll past 121,000.

However President Donald Trump, whose handling of the crisis has been widely criticised as erratic, is determined to fast-track efforts to restore normality. 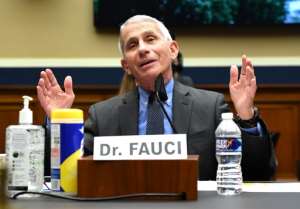 Anthony Fauci, director of the National Institute of Allergy and Infectious Diseases, testifies at a hearing on the Trump Administration's Response to the COVID-19 Pandemic. By KEVIN DIETSCH (POOL/AFP)

He continued to stoke controversy on Tuesday, doubling down on weekend comments he wanted to slow testing because so many confirmed infections made the United States look bad.

"I don't kid," Trump said, after a White House official described his initial comments as just a joke.

With the parts of the United States unable to contain the pandemic, the European Union was considering blocking US travellers as it reopens its borders to tourism, the New York Times reported.

Reflecting the sentiments of many around the world, New York food shop manager Ian Joskowitz said he was determined not to think about the dangers of the virus as he tried to continue running his business. 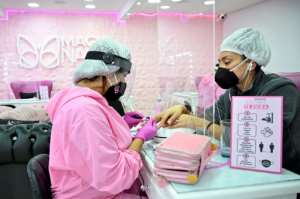 A stylist and a customer wear protective equipment as a preventive measure against the COVID-19 coronavirus, at a beauty salon in Bogota, Colombia. By Raul ARBOLEDA (AFP)

"If I thought about it too much, I probably may have a problem doing this. So I put it out of my mind," Joskowitz told AFP.

"With my employees, I have an agreement with them. They keep coming in. I'll continue to do everything humanly possible to keep them safe."

Latin America has been one of the world's worst hotspots for weeks, and the number of deaths there and the Caribbean surpassed 100,000 on Tuesday, according to an AFP tally. 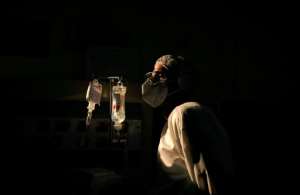 A surgeon checks the intravenous drip of one of his COVID-19 patients, at the Oceanico hospital in Niteroi, Rio de Janeiro. By CARL DE SOUZA (AFP)

Brazil, where President Jair Bolsonaro has flouted containment measures and described the virus as a "little flu", is officially the worst-hit country after the United States.

More than 1,300 people were confirmed to have died of the virus in Brazil on Tuesday, after a federal judge ordered Bolsonaro to wear a face mask in public.

"The president has a constitutional obligation to follow the laws in force in the country, as well as to promote the general welfare of the people," the judge wrote.

Germany was the first major EU nation to begin easing lockdown measures about seven weeks ago, but two districts in the west of the country were forced to apply the brakes once again. 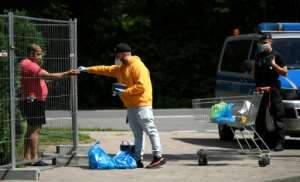 A person delivers groceries to employees of an abattoir who are in quarantine in their homes in the district Suerenheide of Verl, Germany. By Ina FASSBENDER (AFP)

An outbreak at a slaughterhouse that has infected more than 1,500 workers prompted authorities in to impose fresh restrictions on nearly 640,000 people.

Portugal also imposed new restrictions in and around its capital Lisbon on Tuesday.

And the future of sporting events suffered a major blow when Djokovic, who had organised a series of exhibition events in the Balkans at which social distancing was minimal, tested positive for the virus.

Tennis was hoping to follow team sports like football back into arenas and stadiums, but the positive tests of Djokovic and three others have dampened its prospects.

"I am so deeply sorry our tournament has caused harm," the 17-time Grand Slam champion wrote on Twitter, adding, "It was too soon."