Tunisian president hits out at foreign interference in Tunisia, Libya 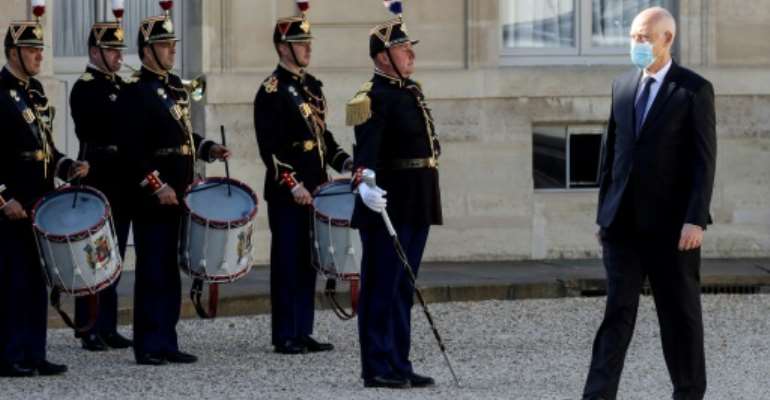 Tunisian President Kais Saied on Tuesday criticised foreign interference he said was aimed at rolling back the young democracy in his country, and warned against efforts to divide neighbouring Libya.

"There are many indications of outside influence in Tunisia on the part of forces trying to push the country backwards," Saied told news channel France 24.

In an interview, he said some in Tunisia were complicit in this interference and that he had "a lot of information" to that effect.

But he argued that "duty" prevented him from giving more details to avoid "making the situation more complex".

Tunisian political parties clashed in parliament in early June over the country's position on the conflict in neighbouring Libya.

He responded by accusing his rivals of using the Libyan conflict for domestic political ends.

Saied on Tuesday condemned all interference in Libya, wracked by conflict since 2011 and currently divided between the UN-recognised Government of National Accord in Tripoli and forces loyal to the eastern-based strongman Khalifa Haftar.

Turkey has backed the GNA, while the UAE and Egypt openly support Haftar, also suspected of receiving French backing.

The Tunisian president said Tuesday that "any interference is a danger".

"Foreign interventions only exacerbate" the conflict, he added, stressing that "the responsibility is shared".

Speaking during an official visit to Paris, he warned against attempts to divide Libya.

"Division could be an open door to the division of other neighbouring countries... it's a danger to Tunisia and Algeria," he said.

Saied added that the GNA, backed by a UN Security Council resolution, had a legal basis, but that "this international legality cannot last (and) must be replaced by... a popular legitimacy."

He also spoke out against parliament speaker Ghannouchi, stressing that Tunisia's foreign policy is the prerogative of the president.

"There is only one Tunisian diplomacy, led by the head of state," he said.