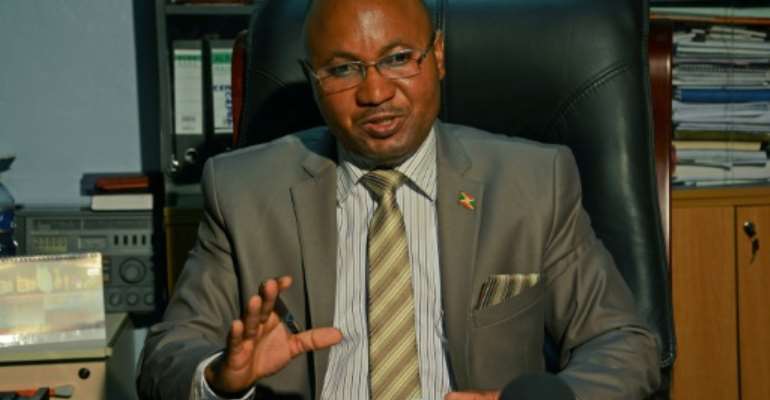 Alain-Guillaume Bunyoni has been under sanctions by the United States since 2015. By STRINGER (cds/AFP/File)

Burundi's national assembly on Tuesday approved the nomination of Alain-Guillaume Bunyoni, a hardliner under US sanctions for his alleged role in political repression, as prime minister.

Bunyoni, who will fill the new position of head of government created in the 2018 constitution, was backed by an overwhelming majority in a session boycotted by the opposition.

Bunyoni is currently minister of public security and former head of the national police.

He has been under sanctions by the United States since 2015 for his role in violence against civilians and political repression that marked late president Pierre Nkurunziza's disputed third-term bid that year.

Pacifique Nininahazwe, an exiled rights activist, told AFP Bunyoni's nomination was "a very bad sign... a reinforcement of impunity and defiance of the international community".

Bunyoni's appointment comes after President Evariste Ndayishimiye was sworn in last week following the sudden death of Nkurunziza on June 8.

The government announced on Tuesday that Nkurunziza, who ruled the East Africa nation for 15 years, will be buried on Friday in the administrative capital Gitega.