Lagos state is likely to get hotter and more humid, leading to greater health risks

By Opeyemi Salau - The Conversation 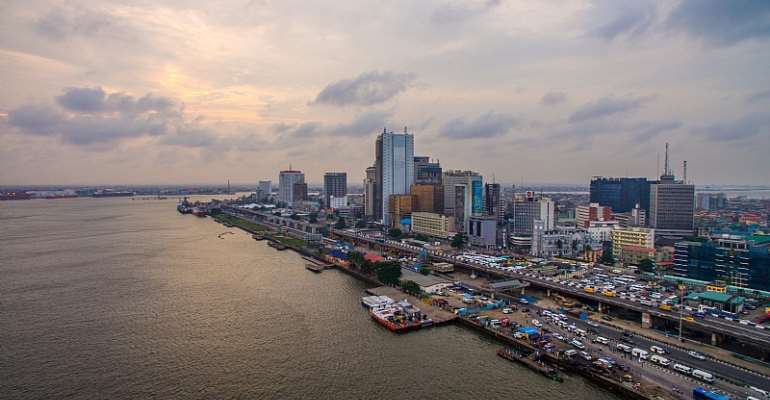 An aerial view of a part of Lagos. - Source: shutterstock

Without doubt, there are several reasons to believe that our climate is changing. Records over the period of 1880-2012, indicate that the surface temperatures have risen globally . There has also been an increasing rate of the warming reported over the last 25 years, during which 11 of the 12 hottest years on record occurred.

Trends in temperature values are typically different among regions and for different seasons due to the varied types of land surfaces. However, the signs of the warming include rising ocean temperatures, decreasing sea ice in the Arctic, glaciers melting, reduction in snow cover and increasing sea levels.

Similarly, the relative humidity is also changing. Relative humidity refers to the amount of water vapour in the air expressed as a percentage of the maximum amount that the air could hold at the given temperature.

Low relative humidity has been linked to dry skin or skin irritation, eye irritation and dry nasal passages that could allow the penetration of cold viruses and might cause nosebleeds. On the other hand, a high relative humidity and hot weather – above 32.2°C, with severe cases at about 40°C – over a long period (more than three days) might lead to a heat wave . This can, in severe cases, lead to heat strokes.

Higher temperatures also risk other health fall outs. For example, in Africa increased temperatures can enhance the capacity of anopheles mosquitoes to spread malaria and other diseases might also increase. Ailments like measles, meningitis, heat rashes, dehydration and respiratory problems have been linked to severe heat and high relative humidity.

In my research , I studied the variability in the temperature and relative humidity in Lagos State, a coastal region in the southwestern part of Nigeria. I did the investigation using data from the Nigeria Meteorological Agency from 1980 to 2010.

Lagos State is located within 3.40°E and 6.45°N . With a population of about 21 million people makes it the biggest city in Africa and one of the fastest growing worldwide .

The seasons in the area are broadly divided into dry – around November to March – and wet from April to October.

The average temperature and relative humidity rose during the study period with the exception of temperature that declined in 2005. The rising of temperature was accompanied by reduction in rainfall over the region.

The results show that the monthly mean temperature was usually high between November to March, during which the intensity of rainfall was low. Between June and September, the rainfall and the corresponding relative humidity were high with the exception of a slight (strong) reduction in relative humidity (rainfall) during August.

Such periods of increasing relative humidity, rising temperature along with possible sea level rise, can lead to health problems. It could also cause forest fires, low agricultural yields, spread of diseases and the disappearance of the beaches under erosion and flooding. The area might also be damaged by storms.

These can cause homelessness, death and destruction of the recreational activities along the coastline. It might also lead to job losses, low income in the communities within the area and as a result, poor standard of living.

My study further suggests that unsafe times of high temperature, increased relative humidity and enhanced rainfall are likely to happen more in the coastal region under a future global warming condition. This might lead to devastating heat stroke and several health problems.

Precautionary steps should be taken against heat stress. At a personal level, these include taking cold baths, drinking enough water to replace the lost body fluids, and staying in well ventilated rooms.

At a government level, good drainage systems should be built while solid barriers are needed at appropriate places along the coast to prevent destruction by floods.

In addition, government must create awareness about the related diseases and be financially ready to help.

Finally, improved weather forecasts, warnings and good infrastructures will help to tackle health problems associated with the heat and humidity conditions. They could also help in controlling the spread of diseases in the coastal region and beyond under such future climate condition.

Opeyemi Salau does not work for, consult, own shares in or receive funding from any company or organisation that would benefit from this article, and has disclosed no relevant affiliations beyond their academic appointment.

Article
Powered By Modern Ghana
Once Bitten, Always To Be Shy; A Drawdown From Dr. UN Awards
The Chinese Agenda in Africa
Bono Regional Youth Organizer Extols Chairman Of Jospong Group Of Companies
Where Is The Law?
Here's why South Africa and its neighbours are anxious about EU and UK post-Brexit trade talks
Sarkodie, UG VC, ‘Feeding Bottle Plaques’, And Modern Award Scam
Towards A Sustainability Strategy For The Management Of African Football
Curbing Stunting Growth In The Sagnerigu Municipality
Why access to decent toilets could help reduce sexual violence in South Africa
COVID-19 Updates Live Dashboard
TOP STORIES