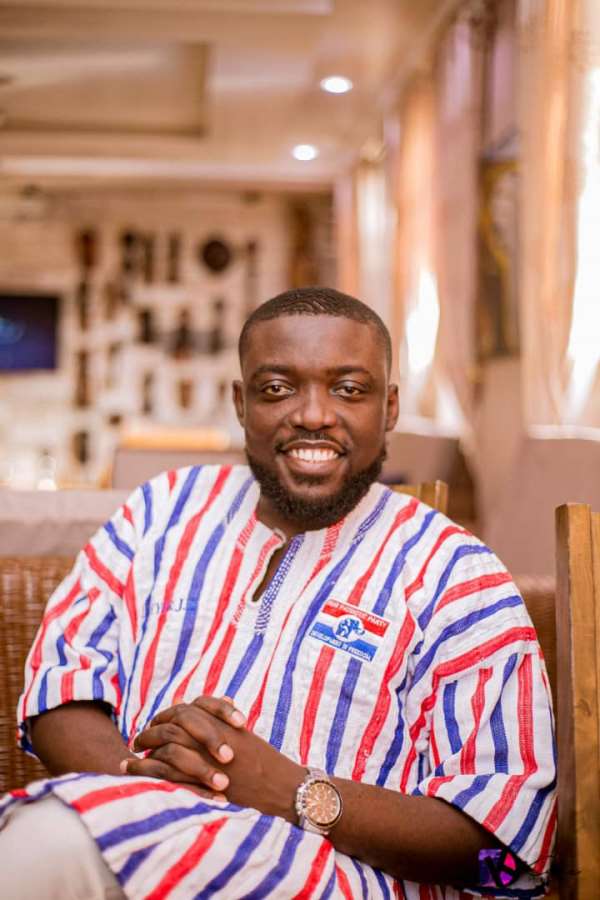 A defeated parliamentary aspirant, David Adu-Tutu Jnr, aka Lawyer JD who lost the Nsawam/Adoagyiri New Patriotic Party parliamentary contest to the incumbent MP, has denied reports that he is chasing the delegates to take the items he gave to them prior to the election.

After the polls, there have been reports trending that, Lawyer JD as affectionately called is chasing the delegates to take away some items he gave to them.

In press release, he denied the allegations, explaining that “I have been informed that there are news making rounds that my team members have gone round to collect parcels I gave out to some delegates”.

According to him, ” I have not asked anyone to collect any parcel from any delegate, and neither has any of my team members done so”.

He said, “It is totally false propaganda masterminded by some saboteurs to tarnish my image, destroy the strong foundation my team and I have laid in the constituency in the past few months and set me up against well-meaning members and leaders of the NPP”.

He urged the delegates that “if you are a delegate and anyone disguised as a member of my team approaches you to return any item, please don't give it to the person”.

He said” we have finished with the primaries. It's time to focus on the main election to retain the seat and the presidency for the NPP”.

We're worriers, no needle allowed to enter our body — Kumbun...
37 minutes ago