VIDEO: Man Boldly Displays Weed On Camera Claiming It Is God Made 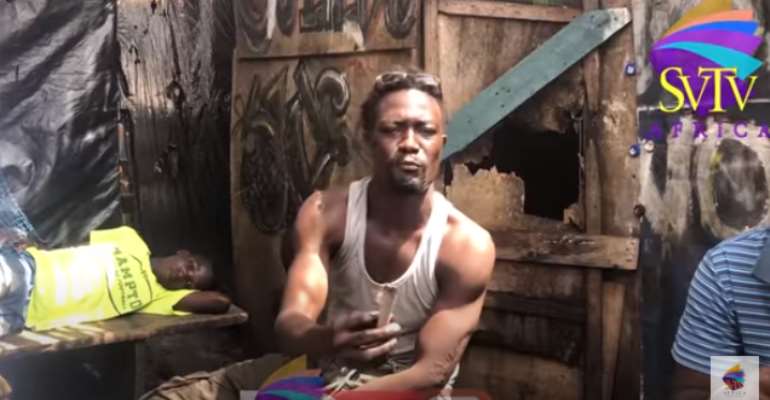 A man believed to be in his thirties, speaking to DJ Nyaami, on the SVTV Africa Ghetto Life Segment, has said that he will never stop smoking marijuana since it is God-made.

The young man, in a live interview, displays himself smoking weed, with another in its plant’s form, on the other hand, claiming, it can cure coronavirus among other diseases, therefore, will continue smoking.

Adding that, cocaine is a man-made product with chemicals, as opposed to marijuana which is natural.

‘’Weed is from God, I did not create it, cocaine is man-made with chemicals so I will rather smoke the weed, it is natural.’’ He said.

According to him, marijuana gives him the energy to work.

Can you work without weed? He was asked.

‘’Yes I can work hard without it, I just love it, I love the fact that it’s God who created, hence, I will smoke’’.

NDC’s Manifesto Has ‘Aroused Sleepy Conscience’ Of Akufo-Add...
49 minutes ago