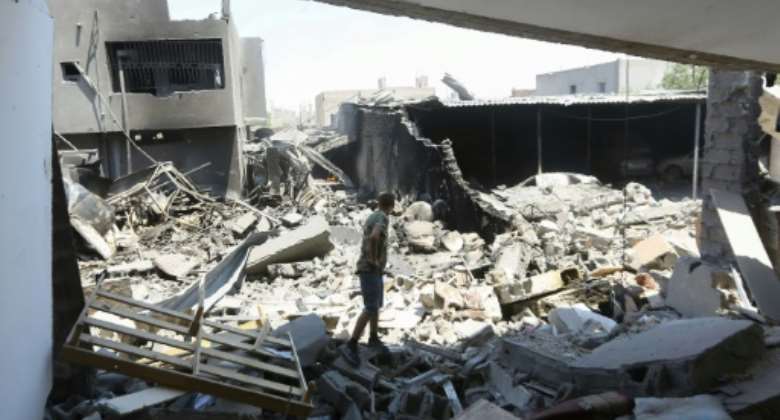 The Chief and stool elders of Osu on Monday held a crunch meeting with stakeholders to find the way forward on the demolition of a structure at the weekend on a land situate at West Ridge in the Greater Accra Region.

When the Ghana News Agency visited the Osu Palace he was informed by Nii Odoi Kwao, one of the elders, that the Chief and elders were in a meeting on the way forward.

It has been reported that the parcel of land on which the structure was being built belongs to the Nigerian High Commission.

However, a statement issued by Nii Okwei Kinka Dowuona VI, the Paramount Chief of Osu, and copied to the Ghana News Agency, described the owner of the demolished structure as a “trespasser who has no documentation on the land.”

It said the piece of land in extent 0.046 hectare (approximately 1.14 acres) being GLPIN GA48906150010 Block 1 Section 019 situated at West Ridge belonged to the Osu Stool and that all intended users of the property must first seek the permission of the Stool.

The statement said sometime last year the Stool noted that the original building on the said parcel of land had been demolished and, in its place, a new structure was being erected.

“The stool was informed that the structure was being erected by a Nigerian business person who aided, by the high office of the Nigerian High Commission, was forcibly trying to take over the said parcel of land,” it said.

“The Stool was also informed that the structure is a planned entertainment complex to be used as an events centre for commercial purposes and not a block of flats as has been reported.”

The statement said the Stool had a high level of respect for foreign missions and had on several occasions verbally informed the unidentified person claiming ownership of the land through the resident security personnel to stop building the structure.

The Chief said a message was subsequently sent to the person to invite him for discussion on the ownership of the land.

“There has till date been no response or acknowledgement in response to the Stool's invitation nor has the trespasser proceeded to submit any documentation of permission upon which it demolished the original structure on the land and proceeded to erect a new structure.”

The person had openly and with impunity disrespected the Osu Stool by that behaviour, the statement said.

It said authorities including officials from the Land Commission, the Cantonments Police and Police Headquarters had invited the person to produce documentation for the parcel of land and that the Osu Stool was in the known that till date no document had been presented.

“The intention of the trespasser is to forcibly take over the land under the cover of diplomatic mission without redress and without the permission of the Traditional Authority and its Council of Elders.”

T-Bills holders will be paid full value of their investment ...
17 minutes ago