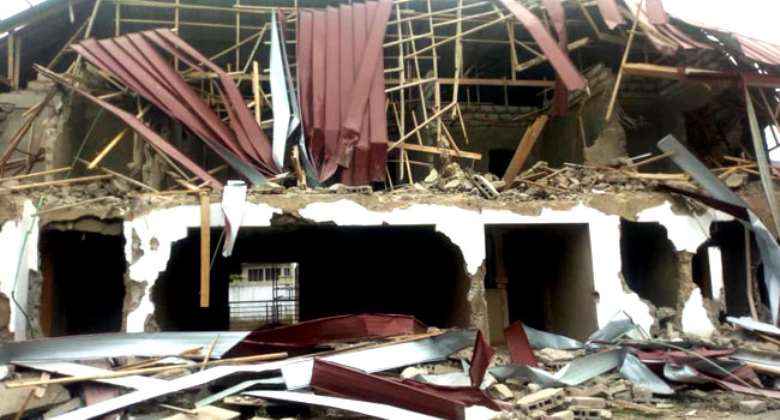 The Vienna Convention on Diplomatic Relations of 1961 is an international treaty that defines a framework for diplomatic relations between independent countries.

It specifies the privileges of a diplomatic mission that enable diplomats to perform their function without fear of coercion or harassment by the host country and this forms the legal basis for diplomatic immunity.

The articles of this convention are considered a cornerstone of modern international relations. As of October 2018, it has been ratified by 192 states.

And for the purpose of the issue that has arisen in respect of alleged attack on the Nigerian Embassy building, I shall focus on Articles 22 and 30.

Article 22 states: "the premises of a diplomatic mission, such as an embassy, are inviolable and must not be entered by the host country except by permission of the head of the mission".

Article 30 extends this provision to the private residence of the diplomats.

Now, we woke up to the news of the Nigerian Embassy building in Ghana being attacked and bulldozed, and as expected in our atmospheric pollutants along the lines of partisan political foolishness, the hasty narrative was that "NPP instigated national security agents were behind the act".

But when the dust had settled, it came to light that it was rather due to a feud with various non-State actors, and to some extent, the aludial owners of the land, which is under the Paramountcy of Osu-Accra, Ghana.

Now, with the articles of the Vienna convention on Diplomatic Relations notwithstanding, there are customary laws which could be country-specific but are duly recognized under international law.

With this, the people of Osu, relying on the laws under the customary ordinance pertaining to the stool, and within the broader remit of the constituition, can carry out an action, irrespective of the fact that the target involved is an Embassy building of a State.

The Osu paramountcy, therefore, would be acting not by the tenets of the Vienna convention because it is not a signatory.

On the other hand, if the act was committed by criminals, the State of Ghana is enjoined to investigate the matter just as any other crime committed within the jurisdiction of Ghana. This is exactly what the Government of Ghana, under the auspises the foreign Minister, has always done, and currently doing.

As a matter of fact, we have had occasions in Ghana where major road networks within Accra were sealed off to the utter inconvenience of Ghanaians, in order to ensure Embassy buildings of these foreign States were protected.

The cases of America and United Kingdom readily come to mind, in the wake of the US-led invasions of Iraq and Afghanistan following Saddam Hussein's invasion of Kuwait and terror attacks of 9/11 in New York, respectively.

From the pieces of information and details coming from Ghana's Foreign Ministry, it is emerging that the problem is about contestation to the ownership of the piece of land on which the Nigerian Embassy building is located.

It is therefore incumbent on us to hold our horses; close our senseless hymnals and allow the processes of diplomacy to prevail.

The hasty conclusions of drawing the State of Ghana into the fray in this matter, is borne out of pure malice wrapped up in a blanket of crass ignorance firmly rooted in abject nonsensicals.

I have also heard Samuel Okudzeto-Ablakwa, with his acutely constipated appreciation in the field of International Relations and Diplomacy, engaged in his usual epileptic noise on matters of diplomatic relations, in a desperate attempt to water down efforts being made by the Government of Ghana to resolve the prevailing impasse.

Similarly, the overreaction from some Nigerian political leaders and their illegal traders in Ghana is borne out of nothing but totally misguided aggression which has absolutely no root in intellectual exposition, vis-a-vis the field of Diplomatic Relations.

WE MUST FEED OUR BRAINS AND CUT OUT THE MISGUIDED HYSTERICAL CACOPHONY.

We can't wait any longer – CLOGSAG to embark on nationwide s...
28 minutes ago

Nat Nuno Amarteifio, former Mayor of Accra to be buried on F...
28 minutes ago