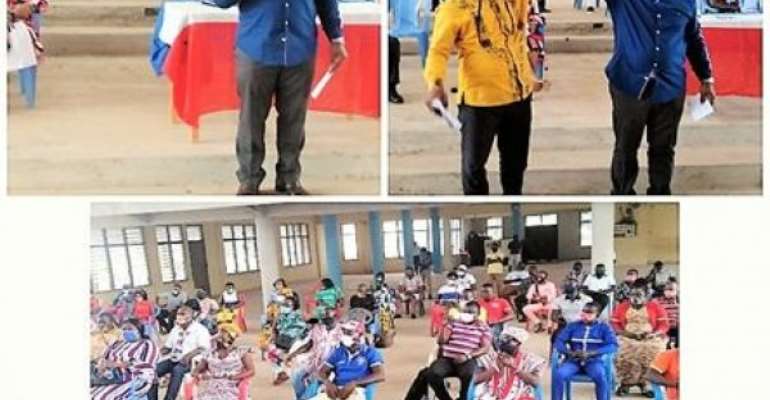 The Majority Leader and Minister of Parliamentary Affairs, Mr. Osei Kyei-Mensah-Bonsu, has stated that the ruling New Patriotic Party (NPP) is poised for a resounding victory in the upcoming December General Election.

“Victory is on the way coming, because, the Nana Akufo-Addo-led Administration has so far met expectations of the people in terms of the delivery of life-transforming policies,” he emphasized.

The Majority Leader said most sectors of the economy had witnessed tremendous changes, citing the implementation of the 'Planting for Food and Jobs', 'One District, One Factory' and 'Free Senior High School' programmes.

“NPP has initiated many vibrant programmes to uplift the living standards of the ordinary Ghanaian,” Mr. Kyei-Mensah-Bonsu told the Ghana News Agency (GNA) in an interview, citing the abolishment of Valued Added Tax on financial services, selected imported medicines and real estate sales.

This was on the sidelines of a meeting he had with NPP delegates at Abusua Kruwa in the Suame Constituency.

The Majority Leader, who went unopposed in the Party's recent parliamentary primaries, reminded the executives of the critical role they need to play in ensuring victory for the party.

“For us as leaders, we have no other duty than to galvanize grassroots support in reinforcing a second term win for the NPP,” he affirmed, stressing that the longer the NPP was kept in power the better it would be for the citizenry.

A track record of the performance of the Party, especially under the Fourth Republican Constitution, he said, had proven that: “It is a party that could be trusted when given the mandate.”

Mr. Kyei-Mensah-Bonsu pointed out that good development policies ought to be sustained for a considerable number of years to deliver the intended positive results.

Therefore, Ghanaians should vote massively for the Party in the upcoming General Election, to provide infrastructure to poor and deprived communities in every constituency, while continuing with other pro-poor programmes.