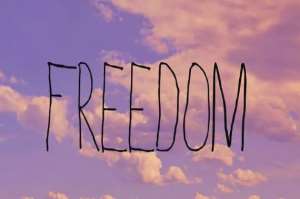 George Fähnrich mentioned with great pride in his voice that few hours ago he most certainly was the first man on earth ever having produced, at least having done this on the given order, perfumed plastic shopping bags, smelling like a rose garden during English Summer. Heinz Wohlfarth asked him what had brought him to the Kibbutz and he answered: “Freedom!"

Heinz Wohlfarth did not get his point and asked for more details: “Freedom is such a big word, in the mouth of all of us every now and then. So, George, please allow me to get more insights in what you mean by your answer."

"Think not that I am come to send peace on earth: I came not to send peace, but a sword. For I am come to set a man at variance against his father, and the daughter against her mother, and the daughter in law against her mother in law. And a man`s foes shall be they f his own household. He that loveth father or mother more than me is not worthy of me: and he that loveth son or daughter more than me is not worthy of me. He that findeth his life shall lose it: and he that loseth his life for my sake shall find it," was George Fähnrich hearing a loud voice like church bells in his head.

"You seem to be absent with your thoughts, George," was Heinz Wohlfahrt concerned as he did not get an answer to his question rather seeing his friend looking up above to the skies with a facial expression no longer to be in this world of noise, feelings, smells, wishes, hate, love and history paving the way for the future.

A young mother her two children by her side, appeared at the swimming pool, looked around in search for the best place to sit for a while and enjoy the tranquility of a lazy afternoon to give her children the joy of a good swim in the water. She found a quiet place under an olive tree that bear no fruits anymore but never got cut off to be replaced by a substitute. She took good care of her children not to hurt themselves or get drowned in the water. Fear for the life of her children was not in her face to see but trust they both would follow her instructions by the letter not to run on water but got mind each of their steps when going in and coming out of the pool.

"Sorry...," said George Fähnrich after a while, "I am deeply sorry...my mind was not with me. I mean these days I see myself standing in a gigantic bible and the words come out from it hitting my ears again and again like a drummer his drums. Sometimes it is too loud, I can hardly hear my own voice not to mention voices of other people."

"Yes, it is strange as it had never happened to me before. I mean, I hear these words of which most I do not understand not to mention their meaning," looked George Fähnrich around to convince himself everything he was used to see at the swimming pool was still there and at their rightful places. "So, please forgive me...but I think you wanted to ask me something, right? What was it?"

"You said," repeated Heinz Wohlfarth seeing the daughter of the young mother enjoying her swim and laughing, “you came here because of freedom!"

"So, you want to have more details about...I guess you would say it...such a funny and strange idea, right?" nodded George Fähnrich his head.

"To me it seems far out of my mind...and so, yes, very strange story! Therefore, I need to know more about it!"

"This idea, this question had been with me for years since I was starting to think of my own. The moment I made myself independent to listen always o the voices of others, teenagers that are busy bodies discussing matters not of their concern but only matters for others...I mean these stupid talks about who said what about who and why and what needs to be done about it and how revenge could be most effective and all this crap...this question naturally raised and mounted up in me. The time came freedom as my heart desire, was a giant in my soul and needed to be explained. Reading books of great philosophers about the issue of freedom, was making my head spin around and around, never ending to torcher my soul to find the one and only truth of the matter. During most nights I was unable to even sleep, and during the day no rest of thinking what freedom is, where to find it, whether there is the chance of absolute freedom or relative freedom and if so of what nature, to what extent, under which circumstances possible. I was convinced without getting my personal answer I would not be able to start the second phase of my life and study or work. I needed the answer. In the books before me I was not able to find the answer, nor in my head that was paining me, not in my heart that was crying out loud to my soul. The only way to get it out of me, this pain of not knowing, being left alone with my most inner desire, made me take my bike, my cassette recorder and take to the streets."

"You mean," was Heinz Wohlfarth puzzled and confused, "you set sail...I mean got on a bike and took off...just, I mean, just to find freedom?" For him life was discipline more than anything else. Being a Virgo by star signs he was always of the believe hard work and focused mind one day will bring a man to his destiny and along the way make him understand matters of life. Cutting off roots once holding and guiding a man from moment to moment leaving family and friends behind; their voices unheard better to stay and avoid uncertainties of life was a life attitude that had never occurred to him possible or thinkable.

"Exactly," commented George Fähnrich. "Only to live life given is useless life living. I mean, after all we are born with a brain...and we should use it!" An inflated water ball touched his feet. He picked it up to throw it back to four boys playing water ball in the pool. "When I look around what do I see? People that struggle with the issues of life. They hate nonsense, enjoy easy life, fall in love with beauty of any kind...but the bottom of life...to know something about it...God have mercy on your people."

"Most of them know nothing about, right?"

"Very true...very, very true!" applauded George Fähnrich his German friend. "I will never come to understand why people just live anyhow. Some have a plan for their life, set goals, work hard, take punches from life with depression and later again with a smile...but to know the secrets of life...oh, oh, God have mercy on your people."

"There is nothing!" said Heinz Wohlfarth not turning his head for a second away from George Fähnrich.

"So, true...and also so sad!" laid back onto his sun lounger, stretched his legs as far as he could, opened his arms wide. "When you embrace life as the only chance, the only one time shot, to walk on earth and you have a brain...my friend, I am telling you the truth...you better, better use it to understand life´s issues!"

Heinz Wohlfarth laid back on his sun lounger too but kept his arm along his chest: "So, you got on your bike...and then?"

"Ok, you want to hear the whole story?"