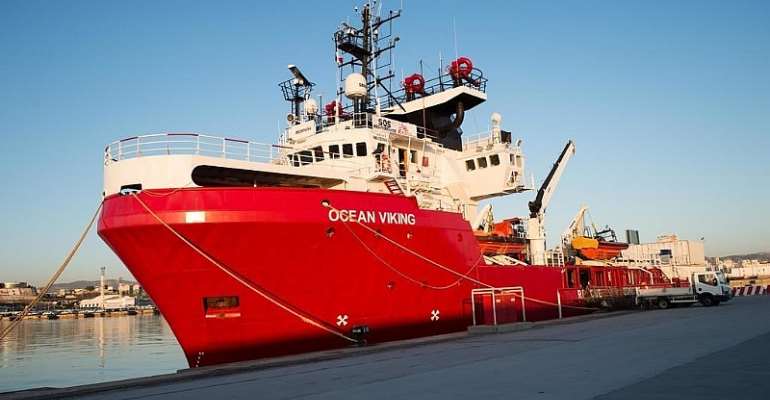 The French humanitarian vessel Ocean Viking has set out for its first rescue mission in the Mediterranean in three months, operating with reduced means and a team watching for signs of coronavirus as they rescue shipwrecked migrants.

The Ocean Viking, operated by humanitarian group SOS Méditerranée, left the city of Marseille on Monday morning with the objective of being operational in Libyan waters by Thursday.

“Teams have undergone a 14-day quarantine and extensive preparations to operate in the context of Covid-19,” the NGO said on twitter, adding that medical teams now formed part of the onboard crew.

“Despite the pandemic, the situation in the Central Mediterranean remains critical,” the group said. “Saving lives is a legal obligation and a moral duty, both at sea and on land.”

The 22 people on board include rescuers, crew members and a medical team consisting of a doctor, two nurses and a midwife – a unchanged configuration, with medical care being part of missions prior to the pandemic.

Now the same team is stocked with tests and other supplies to ensure everyone on board, including those who they rescue, follow the protocols that have become familiar during the coronavirus epidemic.

“They'll check temperatures daily, they will wear masks, they will keep distance and they will wash their hands regularly,” says François Thomas, president of the NGO.

“If there are suspected cases of Covid-19, we've taken steps to isolate the people and not to spread the virus on board.”

Like other humanitarian groups, SOS Méditerranée stopped its operations due to health concerns earlier in the epidemic, around the same time Italy and Malta closed their ports to rescue vessels.

Its departure on Monday made it the third NGO to resume operations, with Sea Watch of Germany and Mediterranea Saving Humans of Italy both sending ships the second week of June.

Each of those groups announced Sunday they had rescued migrants, 211 and 67 respectively, and brought them to Sicily. But NGOs fear many lives have been lost during the three-month hiatus in rescue operations.

The most recent data of the United Nations High Commission for Refugees (UNHCR) reported 8,311 people have sought to cross the sea in the first five months of this year, up from 3,712 in the same period in 2019.

The International Organization for Migration in May warned of “invisible shipwrecks”. At the weekend it reported that that a vessel had capsized off the coast of Libya.

“People have probably lost their lives with no witnesses,” says Thomas of SOS Méditerranée. “The drama is still there, it's urgent for rescue vessels of NGOs to rescue again.”

The Ocean Viking, which took over from SOS Méditerranée's previous vessel Aquarius, also set out for the first time since a partnership with medical NGO Doctors Without Borders came to an end.

Aside from leaving the group short on finances and sounding a call for donations – with Thomas confirming: “All costs previously assured by MSF are now paid by SOS Méditerranée” – the broken partnership underlines the difficulties in a coordinated European solution to welcoming migrants.

A group of European Union countries, including France, met in Malta last September in hopes of finding a new system for resettling asylum seekers rescued in the Mediterranean.

With the EU reopening borders as the coronavirus pandemic wanes, NGOs hope member states will seek a broader and longer-term agreement.

“This will take time and they're not ready to find an agreement immediately,” Thomas says. “Citizens around the world showed strong solidarity during the pandemic. Now we hope states will do the same.”