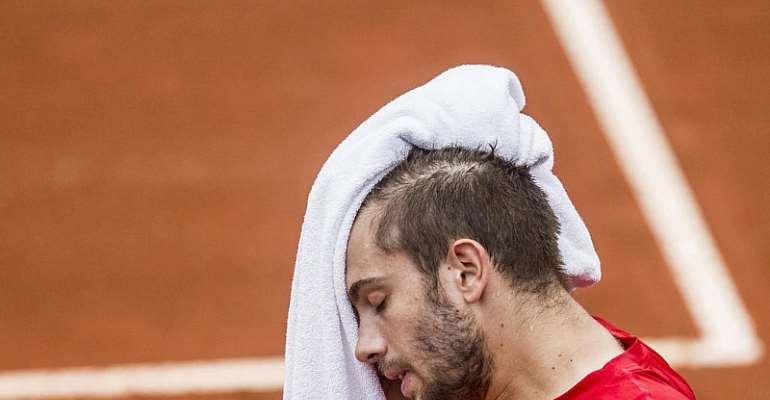 Borna Coric has become the second player to test positive for coronavirus after taking part in Novak Djokovic's four-nation exhibition tournament in the Balkans. The 23-year-old Croatian revealed he had the illness a day after the world number 19 Grigor Dimitrov said he had tested positive after pulling out of the event in Croatia.

Coric tweeted:  "I am really sorry for any harm I might have caused! I'm feeling well and don't have any simptoms (sic). Please stay safe and healthy! Lots of love to all!"

Coric had beaten Dimitrov in the second leg of the Adria Tour in Zadar in Croatia on Saturday.

Dimitrov withdrew from the tournament following that match. The 29-year-old Bulgarian said he was feeling unwell. He returned home to Monaco and revealed his positive test.

Sunday's final between Djokovic and Russia's Andrey Rublev was  cancelled as a precaution.

But he also hit out at the decision to stage the matches.

Following Dimitrov's positive test on Sunday, the tournament director, Djordje Djokovic, told Sportske Novosti: "Novak? He took this news very hard. We undertook all the measures prescribed by the governments of Serbia and Croatia."

The Adria Tour was organised to sweep through Serbia, Croatia, Montenegro and Bosnia in an effort to fill the gap in the tennis calendar which has been suspended since mid-March due to the coronavirus pandemic.

It has featured top 10 players such Dominic Thiem and Alexander Zverev as well as regional stars such as Croatia's Marin Cilic and Djokovic's fellow Serb, Filip Krajinovic.

Them, Zverev and Cilic said on Monday they had returned negative tests but would place themselves in quarantine.

The stellar cast attracted daily crowds last week of 4,000 fans at Djokovic's tennis centre on the banks of the Danube in Belgrade.

After the Montenegro leg was cancelled due to health protocols involving travellers from Serbia, the Adria Tour is scheduled to end in Sarajevo in Bosnia on 5 July.