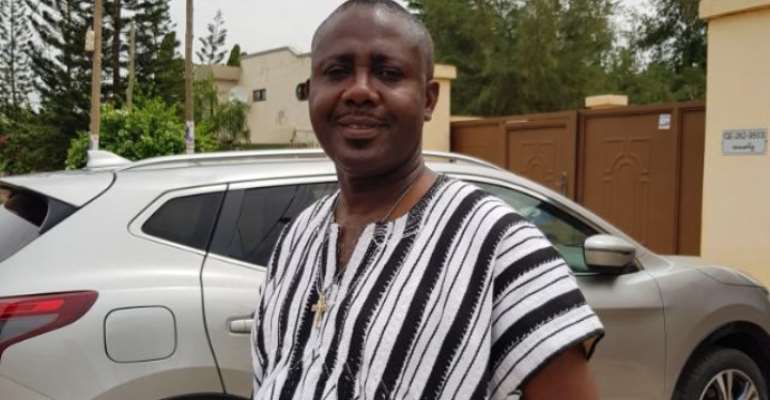 Cape Coast, An Associate Professor of Fisheries Science of the University of Ghana Prof. Francis K. E. Nunoo has said that one impact of coronavirus on fishing and the cost of fish on the market is the hike in price.

He explained that those who are involved in the sale of fishing inputs most of which are imported are unable to get enough stock to buy. "This is due to Covid-19 which has affected importation and the subsequent increase in the cost of those fishing inputs". He further added that "this together with the dwindling fish stock in the sea has affected the cost of fish sold on the open market" he added.

He was having a telephone conversation to Ben Nartey of GBC Radio Central looking at the "Impact of Covid-19 On The Fishing Industry In Ghana" on the Central Morning Show today Monday 22nd June, 2020.

When asked how Covid-19 has impacted on the fishing industry in Ghana, the Fisheries Biology, Ecology & Management expert outlined three main reasons:

First, Prof. Nunoo said there are two main types of fishing in Ghana; Artisanal and Industrial fishing. He continued that these two groups have realised that the fish stock in our seas had declined considerably and something needed to be done about it". "With this we all agreed that from 2018 onwards there was the need to institute the close season policy." This was to help the fish to replenish itself and the policy was expected to have been implemented for three to five consecutive years in order to reap significant positive impacts"

He further added that artisans who used canoes were banned from fishing for a month in 2019. "When this was done we realised that the fish stock increased marginally and we were expecting that policy to continue in 2020, 2021, 2022 with the view of helping the fish stock in our oceans to increase but, with Covid-19 the nation couldn't organise stakeholders meetings with the fishermen and as such this year the close season was not done".

In explaining further, he said during Covid-19 fishermen are allowed to go fishing but those who are in the upstream sector who deal in fishing net, lead, cork and other inputs have problems with importation and that has affected cost. "This is so because most of the fishing inputs are imported from outside and with Covid-19 such items are scarce and there is competition for the available few". This has affected cost" he posited. He continued that with this phenomenon coupled with the minimal catch from fishing; that has affected the cost of same on the market". "The cost of fish per kilo has gone up due to these reasons" he added.

Prof. Nunoo said the second factor is that those who are dealing in cold stores who sell fish to supplement fish consumption in Ghana have also had "their prices increased because demand is higher than supply and business isn't improving as expected".

Thirdly, he added that fish farmers and those in aquaculture business are also affected because of Covid-19. "We recently went round visiting fish farmers but most them complained that because of the closure of restaurants and other eating joints, demand for tilapia and other fish being produced are low and they have lost about 30 percent of their business" Prof. Nunoo revealed. "Fish farming business is down because people aren't buying, employment in the fishing industry is affected and some have even laid off their workers. They are feeding the fish but people are not buying" he added.

He took the opportunity to advise fishermen and those of the community to beware of Covid-19. He cautioned that, "they should not assume that swimming in the sea or using sea water can prevent them from getting infected from Covid-19". "It is erroneously a common thinking among members of the fishing community" but that should be discouraged because there is no scientific evidence to that effect.

Seeking his view on the building of landing beaches across the coastal areas of Ghana, the Marine biologist said "such initiative would help modernise our fishing industry. It demands that we use modern equipment which would lesson the manual energy that fishermen have to exert in their business". "This would also help fishermen to observe the physical distance rule as part of the coronavirus protocols". "Machines would be applied instead of manual labour".

When his view was sought as to whether our methods of fishing are good or not, Prof. Nunoo said we have to modernise our fishing, implement all laws concerning fishing and also fishermen must declare their catch so government and the people themselves would eventually rake in some revenue. He further explained that, the practice where we dump refuse into the sea must be discouraged. "Fishing contributes less than 1.5 percent to our GDP but if proper policies are implemented, we ought to see an increase" he claimed.

He ended the discussion by saying that, if all the necessary things are done regarding fishing, the people and the government would benefit from the fishing industry.