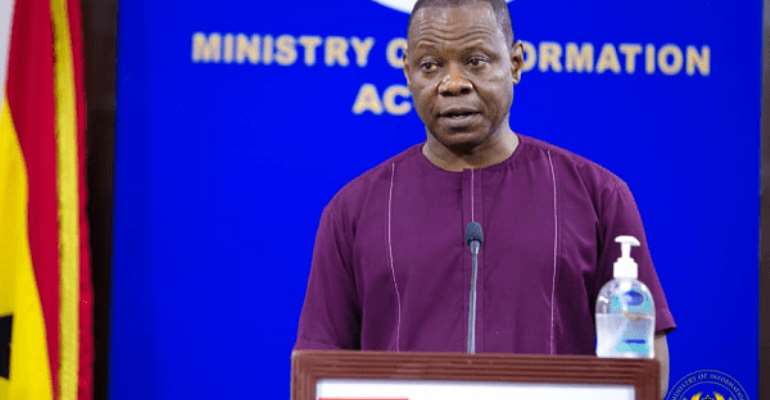 The Ghana Health Service (GHS) has said the rising costs in testing, clogging of isolation and treatment centres and rising maintenance costs are to account for the new COVID-19 discharge policies.

Per the new discharge policy, patients who were asymptomatic in their facilities for 14 days after the initial positive test, would be discharged without a test.

“The initial positive test is not when you received your result; it is the day when your sample was taken, for that is when you were positive, not when the result came, the Director-General of the Ghana Health Service, Dr Patrick Aboagye revealed in a press briefing on Thursday, June 18.

“For those who are symptomatic, he said, they would have to do 14 days in their facilities, after which when they are without symptoms such as coughing and high temperature, they would be discharged.

He said the policy was that 14 days for asymptomatic cases from the time that they took their tested samples, the patient would be discharged.

In a press release, the GHS further explained that the reasons for the introduction of the new principles are to among other things decongest the country’s isolation centres.

“Rising cost in testing, based on the current strategy before any patient is discharged, the individual on the average must undergo 3 different PCR tests. The increasing workload with associated delay in transmission of results has led to the clogging of isolation and treatment centres with patients who are healthy and only waiting for lab results.”

“This has resulted in rising maintenance costs with respect to feeding. The increasing numbers of healthy patients being kept in these centres have led to these patients agitating to be discharged from the centres, leading to many unpleasant scenes across the country.”

A new COVID-19 discharge guideline released by the World Health Organisation (WHO) has revealed that persons infected with COVID-19 who show mild or no symptoms after 10 to 14 days are not infectious.

What the new WHO scientific evidence has established means that after 10 days of the disease onset, asymptomatic, or patients who do not show symptoms stand a very limited chance of transmitting the disease. Latest COVID-19 recovery figures in Ghana

The latest figure released by the Ghana Health Service showed about 10,074, who were subjected to the latest recovery guidelines have recovered, leaving Ghana with 3558 active cases.

Prior to the new scientific evidence which informed the new discharge guidelines, infected persons on treatment required to record two consecutive negative tests before they were discharged even if they showed mild or no symptoms after 10 to 14 days.

But with new WHO scientific evidence showing that remnants of the virus in the system get too weak to be contagious after 10-14 days of mild or no symptoms, such infected persons are now to be discharged after their first negative.