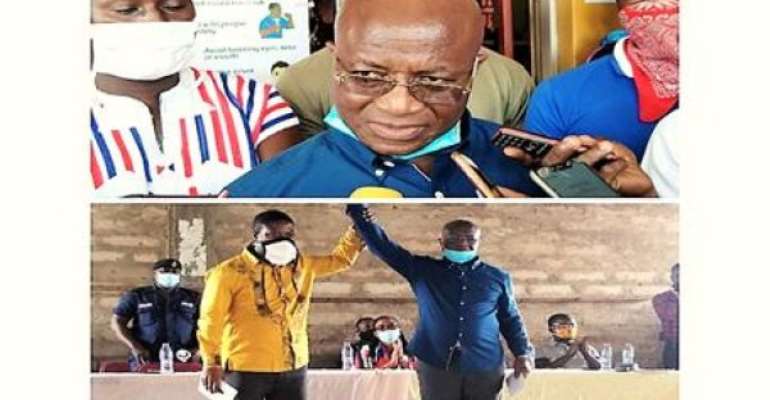 Mr. Osei Kyei-Mensah-Bonsu, the Majority Leader and Minister of Parliamentary Affairs, has described as a setback to the ruling New Patriotic Party (NPP) the defeat of some experienced and sitting Members of Parliament (MPs) in their recent primaries.

“The longer one stays in Parliament, the better a material he or she becomes,” he said in an interview with the Ghana News Agency (GNA) at Suame, after an acclamation to confirm him as the parliamentary candidate for the Constituency.

The NPP lost about 40 incumbent MPs in last Saturday's primaries to choose parliamentary candidates for the 2020 December General Election.

Some of the casualties had served only one term in office, and, according to the Majority Leader, who represents the Suame Constituency, he hoped the situation would improve to help strengthen democratic dispensation.

Mr. Kwabena Owusu Aduomi, MP for Ejisu and Deputy Minister of Roads and Highways, as well as Mr. Joseph Kofi Adda, MP for Navrongo Central and Minister of Aviation, all lost the bidding to represent their people in the next Parliament.

Mr. Kyei-Mensah-Bonsu, who has represented his Constituency in the last 24 years under the Seventh Parliament of the Republic of Ghana, was, however, optimistic about the NPP victory in the December elections.

“In spite of this development, we are still poised for victory,” he affirmed, saying the onus lied on all NPP activists to work harder than before.

The Majority Leader advised the losing candidates to continue to offer their support towards the Party's cause.

Muntaka Petitions EC Over Missing Names On Register
9 minutes ago