How The West Faltered During The COVID-19 Pandemic

By Ziyu He & Huaan Liao 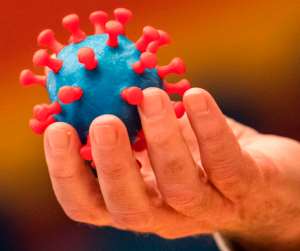 Not long ago, we were residing in the heart of Western Europe relishing sweet junior spring exchange lives, only to have them cut abruptly short by a sweeping pandemic that obscured the sun shining above outdoor cafes on lazy afternoons. In lieu of weekend getaways, we found ourselves scrambling onto a last-minute transatlantic ride back into the United States, lest a potential presidential order soon shuts its borders to. Unfortunately, our worst fear soon became the reality. On the shuttle ride from the airport terminal, news feeds flooded us with breaking alerts on Trump’s decision to close the border to foreigners coming from the Schengen zone. The entire fiasco was all too real—never could we have expected that so soon after the turmoil our parents experienced in China, this, too, would upend our lives for months to come with no end in sight.

As China wakes from the nightmare, the West, especially the US, struggles to flatten the curve. Though second waves of outbreak occurred sporadically, China has earned a prize it long desires—recognition for its leadership role during a time of crisis. At the same time, the West is faltering with no clear path ahead. After surpassing China in both total confirmed and death cases in the end of March, the US continued on a treacherous trajectory months after the outbreak. Fierce tension between state and federal governments and selfish decisions of the White House against its own allies are sabotaging US reputation even further. Across the Atlantic, UK prime minister Boris Johnson risked his life to testify for the inherent danger of the herd immunity strategy. When Western nations retreated from their previous roles as beacons of hopes during times of crisis, China stepped up its role in global governance, pledging material assistance to countries in need and touting its lockdown strategy. The sharp contrast between China’s success and the West’s failure has led many to question whether the COVID-19 pandemic will prove to be a “Suez Crisis” for the US and possibly the liberal world order.

So what has the West done wrong?

As all initial efforts to contain the virus failed within the first week of local outbreak in Western Europe and the US, serious measures came too late to stop sporadically imported cases from developing into a grave threat to national security. The confidence and calm Western leaders once evinced only became testaments to ignorance, arrogance, and irresponsibility.

Arguments acquitting Western leaders have been made by pointing out their lack of experience dealing with a pandemic as serious as COVID-19, deceptive reassurance from the Chinese authorities, and delay in WHO’s timely instructions. Settling for these excuses, however, signals weakness and resignation from the responsibility as global leaders. Although the lack of experience in handling global health crises can help explain the initial insouciance toward COVID-19, this ill-informed argument is not a total acquittance, for not only could it have led the fight, it is also equipped with more means than anywhere else in the world. With more established medical infrastructure and the fortune of managing the health crisis not first but second to the outbreak in Asia, havoc in the West could have been assuaged if not averted altogether under rapid and effective policies in place.

Similarly, assigning blame to China and the WHO does Western countries more harm than good. It is no secret that the Chinese government silences dissidents, manipulates statistics, and restricts transparent journalism to protect its legitimacy and defend its rhetoric for audiences everywhere. Feigning astonishment and blaming heavy casualties on the Chinese government is thus either a testimony of the administration’s incompetence to anticipate imminent risks and allocate appropriate resources to combat the crisis domestically and globally or a foolish bet on the goodwill and transparency of Beijing. Neither is good publicity.

Ideological considerations, rather than pragmatic calculations, explain Western democracies’ failure to implement timely responses to the crisis. Though the fear of economic recession and lengthy democratic procedures in formulating a response surely contributed to Western administrations’ reluctance to lockdown economies, indiscriminate aversion of China’s “draconian” authoritarianism played a more important role in postponing stay-at-home guidelines and issuing lockdown orders as last resorts. In January, when Western media and leaders rushed to denounce China’s snap containment policies as extreme measures with no respect for basic human rights, lockdown essentially became a symbol of authoritarianism and a taboo for the Western world in the name of liberty and democracy.

This was made clear to us in February right after the outbreak in Italy. In our Spanish Politics class, the professor led a discussion about the contagion and asked for reactions. Students from different European countries and the US voiced their opinions, mostly denying any possibility that the virus may end the fun of weekend travels and dismissing lockdown as an unreasonable restriction to personal freedoms followed by “I know China did that, but I mean, it’s China...” The only dissenting opinion came from a girl from Taiwan, who lamented on the then already lacking supply of face masks from all pharmacies before most Spanish people even learned the name of the virus. Drumbeats and trumpets celebrating Day of Sant Medir still resounded on the streets of Barcelona as late as early March. Similarly in the US, without timely restrictions from each state, students celebrated the premature end to their semester with COVID-19 parties that were directly responsible for more infections. Racist sentiments against people of Asian descent in the West ironically caught on much more quickly than preventative measures.

Unfortunately, as the centers of the outbreak shifted from Wuhan to Italy and then New York, Western leaders were compelled to contradict their previous stances and issue lockdown orders, halting national economies to a standstill despite reluctance. As extraordinary measures like social distancing, closing of non-essential businesses, and stay-at-home orders became inevitable, Western countries handed the victory to Beijing. Not only was Europe and the US “following” China’s lead on implementing unprecedented restrictive orders to minimize exposure, they have also fallen steps behind due to their initial obstinate dismissal. As China recuperates after a month of “zero increase” while death tolls continue to increase at alarming rates worldwide, few can deny that China is becoming the safest place in the world. While China’s extreme measures are recognized and praised by the WHO as “a new standard of outbreak control,” Western leaders, especially President Trump, are experiencing confidence crises from domestic constituents.

Scientifically, preventing human contact offers the best hope of stopping the spread because COVID-19 can travel in aerosol from asymptomatic patients. Restrictive measures will slow it per the logic of nature, and determination to avoid “authoritarian measures” serves only political motives at the cost of millions. Western policymakers failed to distinguish the concept of lockdown and China’s implementation of it. Scientific measures such as social distancing and lockdown should not carry political color, even when China’s execution violates many basic principles of a just government. When China issued lockdown orders, it ignored the wellbeing of small business and vulnerable individuals, stranding thousands in foreign cities without assistance. The lack of planning and coordination caused multiple scandals during the lockdown: the price of necessities and protective gear skyrocketed; the Hubei Red Cross hoarded medical supplies donated to local hospitals, and high-level officials were exposed expropriating masks from pharmacies and Red Cross warehouses.

Beijing and Wuhan should not be criticized because they resorted to lockdown as a way to control the outbreak but because they disregarded the lives and wellbeing of their own citizens. China implemented restrictive orders through command rather than consensus. As current situations demonstrate, the West could have adopted similar policies much earlier without putting the welfare of millions in jeopardy—what true leadership should have been like, instead of playing an opportunistic game of petty politics. Measures to aid the economy and individuals, including state-funded job retention schemes and appeals to big banks to stop stock buybacks to bail out clients, accompanied lockdown orders in Western administrations’ policy considerations but were not implemented in China. Voices calling attention to the collapse and disappearance of small businesses were censored on Chinese social media platforms for “breaking rules and regulations,” further attesting to the woes of an authoritarian regime. Actions as such made China “authoritarian”, not the lockdown itself.

Though East Asian democracies such as South Korea and Taiwan demonstrated alternative and more efficient paths of outbreak control, ignoring and rejecting the merit of China’s efforts is a dangerous sign of hubris and ignorance. As the West squandered the opportunity to “know its enemy” by learning from China’s success and failure, it effectively conceded victory to China, at least for now.

For the first time, a major setback of Western democracies was not brought by natural causes—the COVID-19 virus—or external enemies—China—but by the very fear and insecurity the West itself possessed. Though strong rhetoric condemning China’s atrocious human rights records and clandestine political maneuvers exudes confidence as the West chants aloud the slogan of freedom and justice, insecurity about China’s increasing economic prowess, political clout, and military capabilities alert Western countries as the rise of populism shifts policy focus from global prestige to domestic prosperity. Facing a rising competitor who aspires to command greater influence and become a rule-maker for the international order, the West has resorted to craven condemnations rather than confident example-setting actions. The COVID-19 crisis could have been a showcase opportunity for the West, especially the US, to consolidate its global leadership status by demonstrating the best practices of outbreak control and providing public goods for the international community. Instead, retreat from global responsibilities and the fear of mimicking a “draconian” lockdown made China the hero and the West the disheartened losers who barely protect itself. As more countries push back against China’s attempt to retell the story of the COVID-19 outbreak and its successful response, the West still has a chance to redress its mistake, though the window of opportunity will not stay open for long.

As competitions between China and the West elevates to a value-clash between efficient authoritarianism and free democracy, the West has repeatedly emphasized the value of personal freedom and autonomy. Protests frequently erupted amidst challenging lockdown orders. The zealous quest for personal freedom has held back a nobler pursuit for justice. Caring for the vulnerable and upholding a fair and just system is what made the West leaders of the world decades ago, and so should its priority be today. Freedom should serve as a building block to that system, never a stumbling rock.

Ziyu (Harry) He studies Asian Studies with a minor in Political Science at Georgetown University School of Foreign Service and is currently on an exchange program at the University of Oxford. He currently works as a research assistant at in the Georgetown Security Studies Department.

Huaan (Amber) Liao, from Xi'an, China, studies Global Business with a European Studies Certificate at Georgetown University Walsh School of Foreign Service. She spent a semester abroad at Esade Business School in Barcelona, Spain. She has researched for The Brookings Institution's China Center. 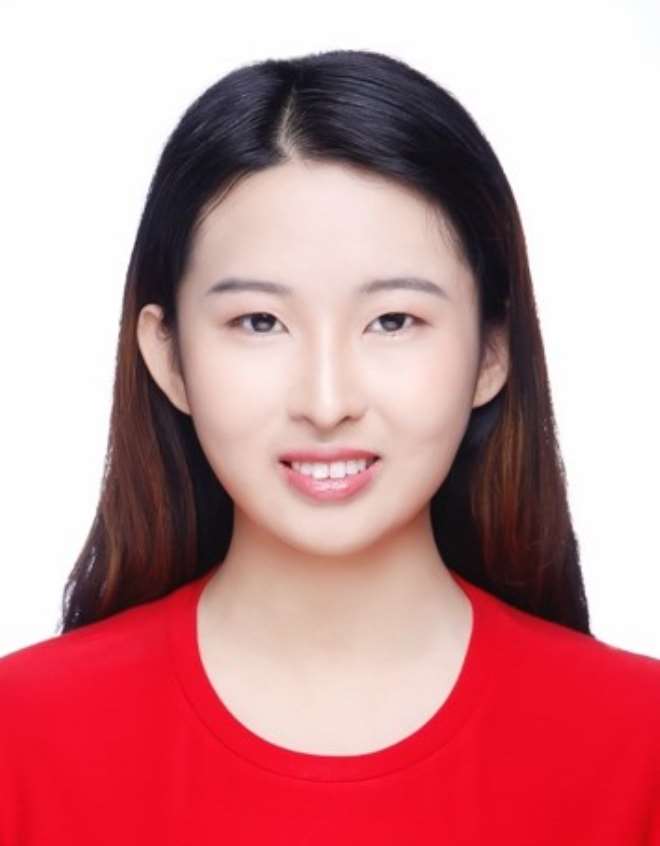 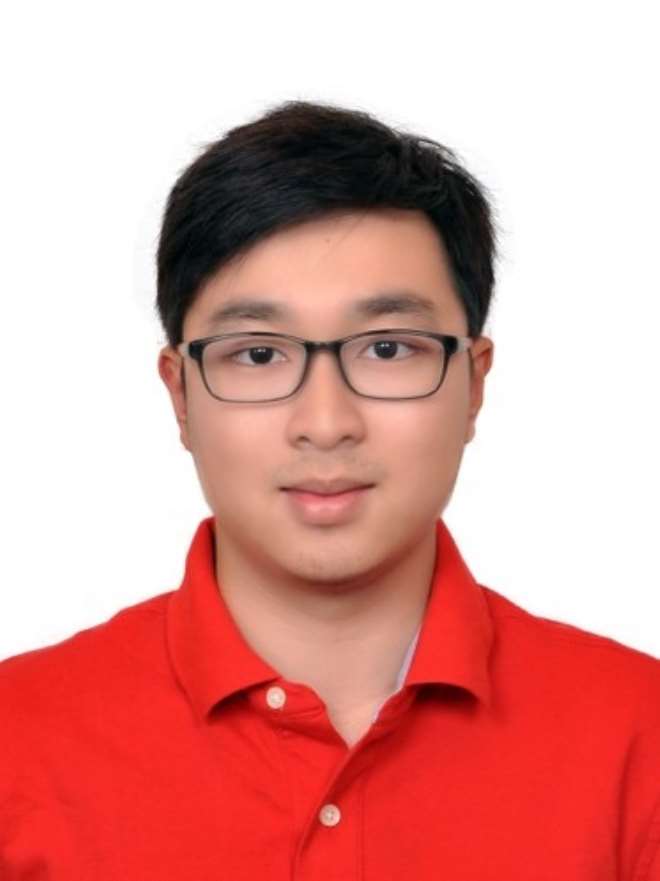