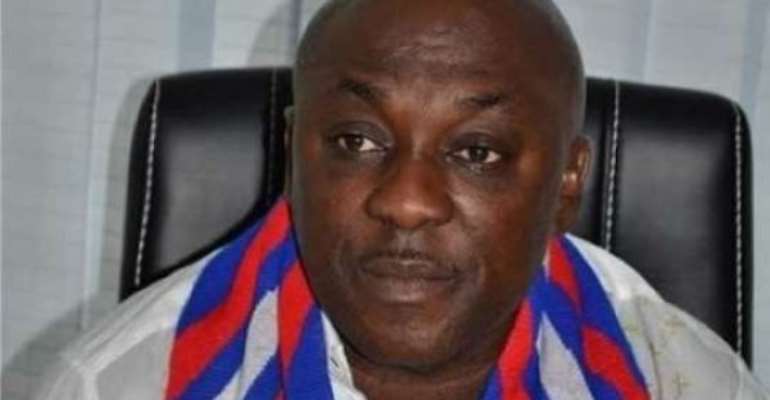 The New Patriotic Party's Parliamentary Candidate-elect for the Tema West Constituency, Carlos Kingsley Ahenkorah, has prophesied that his re-election is a foretoken of President Akufo-Addo's re-election as well.

“My first election to contest in a Parliamentary poll was for the Tema West NPP's 2016 Parliamentary ticket. Guess what, it was only after I had won that Nana Akufo-Addo was also elected for the first time as President,” Mr. Ahenkorah said.

He said the President had been trying since 1992 to lead the NPP into Government, but was not successful until he Carlos Ahenkorah, was also, for the first time given the opportunity to represent the Tema West NPP in the 2016 election.

“And guess what, we both won easily and massively, this was so because my destiny and that of President Akufo-Addo are linked and that once the two of us are paired to lead the NPP, we will both be successful. And so, as I have been massively re-elected to lead the NPP in Tema West into the Parliamentary election, it is a precursor that President Nana Addo Dankwa Akufo-Addo will also be re-elected in December as President.”Mr. Ahenkorah said.

Speaking in an interview with the Ghana News Agency soon after he was declared winner of the contest in Tema West, the MP said his re-election to represent the Tema West Constituency again, was a repetition of history.

Mr Kwesi Poku Bosompem, an Assembly member and Keku Amquasia Armuzuah received 111 votes and 70 votes respectively out of a total of 774 votes that were cast, giving Mr Ahenkorah an easy cruise to re-election with 593 votes.

The Tema West NPP Parliamentary Candidate elect had in the build-up to the election urged for peace, forgiveness and reconciliation within the ruling party after rancour set in over the disqualification of a number of people.

Exercising humility in victory, he repeated his call for forgiveness, peace and love.

“For me, today it is our great party that has won; there are no winners or losers and so I will call on all my brothers and sisters within Tema West NPP, and indeed all NPP members and supporters across the country to join me in the victory celebration.

“I will personally call my brothers, Kwesi Poku and Armuzuah to join me in celebrating this victory. But then, I will hasten to add that today's victory is just the warm up; the real battle is in December when we face the NDC boot-for-boot and so I will urge all of us to celebrate quickly and then get back to work in order to whip the NDC in December. I would want to salute Mr. Abraham Ossei Aidoo, former majority leader and minister for parliamentary affairs, Dennis Amfoh-Sefah, alias Nana Boakye, and all the delegates for the success of the primary.