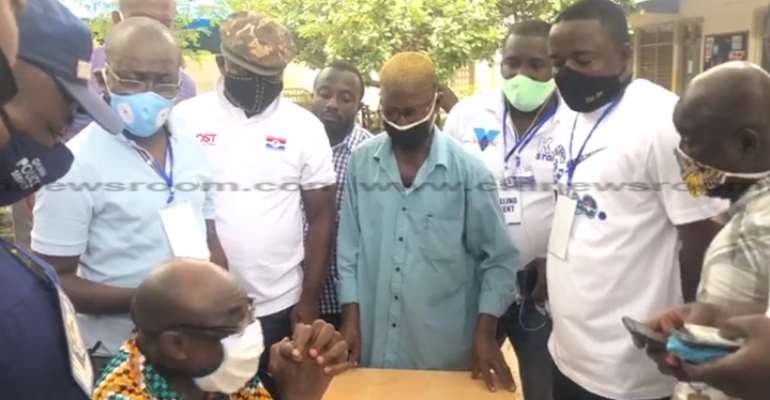 Confusion at the Avenor electoral area of the Okaikoi South constituency in the Greater Accra Region after a vote was wrongfully cast for a delegate.

After the initial vote, another person with the right documents matching the information in the album also showed up to cast his ballot.

Surprisingly, he only found his name already ticked as a delegate who had already voted.

Citi News‘ Nii Armah Ammah who reported from the constituency said the police were working to calm tensions after the exchange of words and near scuffle.

The June 20, 2020 phase two of the parliamentary primaries of the governing New Patriotic Party (NPP) are being held within the electoral areas to ensure social distancing and COVID-19 safety protocols.

However, the process has been fraught with challenges in some constituencies across the country.

A total of 374 aspirants are contesting in 168 constituencies in the primaries.

325 men and 51 women are contesting to represent the party as the parliamentary candidates for the 2020 general elections.