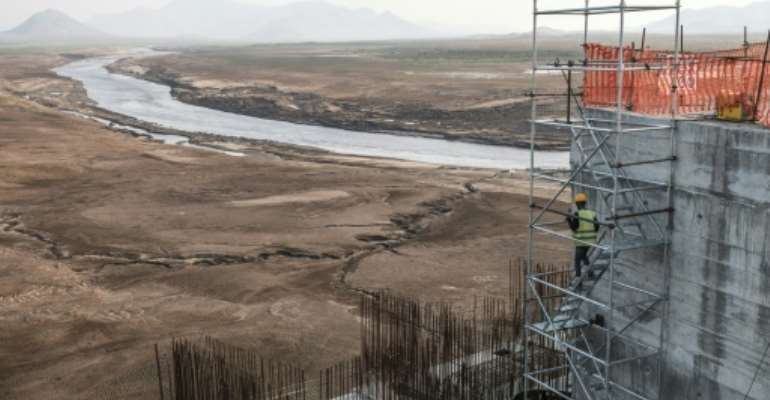 Egypt fears the mega dam could severely reduce its water supply while Ethiopia says it is indispensable for its development. By EDUARDO SOTERAS (AFP/File)

Egypt appealed on Friday for the United Nations Security Council to intervene in a deepening dispute with Ethiopia over its gigantic Nile dam that Cairo fears would cut its vital water share.

The move comes as tensions run high after multiple rounds of talks over the years between Egypt, Ethiopia and Sudan failed to produce a deal over the filling and operation of the Grand Ethiopian Renaissance Dam.

Addis Ababa has declared plans to start filling the dam next month, regardless of whether a deal was reached.

Egypt has called on the UN Security Council "to intervene to emphasize the importance that three countries ... continue negotiations in good faith," the Egyptian foreign ministry said in a statement.

It said the three-way talks have hit an impasse due to Ethiopia's "non-positive stances" and its "insistence to proceed with filling the dam unilaterally."

Egypt views the hydro-electric barrage as an existential threat that could severely reduce its water supply.

Ethiopia says the dam is indispensable for its development and insists Egypt's water share will not be affected.

The Nile, which provides nearly 97 percent of Egypt's freshwater needs, is a lifeline supplying both water and electricity to the 10 countries it traverses.

Ethiopia broke ground on the dam in 2011, When completed, it is set to be Africa's largest hydroelectric project.

Anti-gay bill : Tell foreign missions if they provoke us we'...
50 minutes ago