NPP Group Calls For Peace Ahead Of Parliamentary Primaries 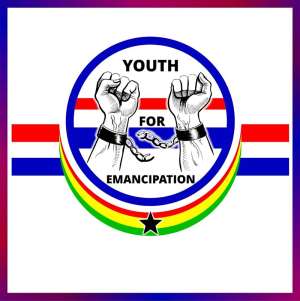 The National Patriotic Party (NPP) on 20th June 2020 will be at the polls to elect parliamentary candidates in constituencies where the party has sitting Members of Parliament ahead of the 2020 general elections.

Amidst the tension at various constituencies among candidates' devotees, the 'Youth for Emancipation' [a wing of the NPP youth] in presser advocates for calm and peace as they geared to the polls on 20th June.

The Youth for Emancipation in a presser endorsed by the secretary and PRO, Daniel Obeng Acquah and Mr. Appiah-Dankwah Aboagye respectively have admonished various candidates' campaigners to be at their cool notwithstanding the fact that, the upcoming election is an internal contest and the unity of the party going forward should be well observed.

They have also called upon various activists to desist from actions that will disturb the peace and solidarity in the party and the country in general.

Read the full presser below:

20th June 2020 marks an important day in the calendar of the New Patriotic Party. The said date gives delegates the opportunity to elect parliamentary candidates to contest the 7th December General elections for the opportunity to lead their respective constituencies as Members of Parliament.

As characterised by The New Patriotic Party over time, they have exhibited democratic principles which have consistently knitted the Party.

As members of the "Youth for Emancipation" with belief in democratic principles and the rule of law, we want to urge the body mandated to carry out the elections to apply the rules and regulations that govern the elections to ensure a free and fair election.

Again, we would also like to urge the various supporters of the Candidates that they should be mindful of the fact that, this is an internal contest and the unity of the party going forward should be Paramount. They should desist from actions that will disturb the peace and cohesion in the party and the country in general.

The security should also exhibit tenets of professionalism so as to bring incident-free elections. The security should be mindful of the fact that there are some elements from outside the party who have decided to cause Mayhem to attribute the disturbances to the NPP to cause disaffection for the party.

On the matter of the impending electoral register to be conducted by the only mandated Electoral body which is the Electoral Commission of Ghana, The group will like to urge the teeming youth to brace up and ready themselves in their numbers as the electoral commission has set 30th June to compile new voters register. Our future lies in who becomes the next president and as it is often said " elections have consequences", we should register and vote wisely for our destiny.

There will be no intimidation to distract the registration process as there will be adequate security to provide the safety which has been reiterated by the security forces. The youth are also by this admonished to adhere to all the COVID 19 safety Protocols. Thus; wearing of Nose masks, washing of hands, use of alcohol-based hand sanitizers, ensuring social distance and any other protocols that will be outlined by the EC officials.

Before we conclude we would like to appreciate the Dynamic and astute leadership that President of the Republic H.E.Nana Addo Danquah Akufo-Addo has exhibited during this trying times that Covid-19 has taken over the world. His leadership has resulted in the President being Adjudged the Third best President world wide and first in Africa as far as measures taken during this global pandemic.

To all the aspirants, we would want to wish you all the best and good luck. May the best candidate win. We will also urge would-be winners to beat peace drums, draw losers closer to their teams, unite for the ultimate task ahead.

God bless our homeland Ghana and make us great and strong.