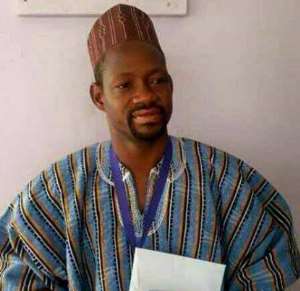 A Youth Group in the North Gonja District have expressed worry over allegations by some members of the NDC cautioning people not to allow their households to be connected to the White Volta.

In a joint press release, the group alleged that the Member of Parliament for the Daboya/Mankarigu, Hon. Shaibu Obei Mahama has been attacking the project undertaken by his opponent the NPP Parliamentary Candidate.

"We are however not happy that the MP for reasons best known to him alone is in the media tagging us as people accepting to drink water from a poisoned source, this can best be described as insulting and despicable."

In March this year, the Parliamentary Candidate of the New Patriotic Party Hon. Alhaj Mahama Asei secured a contract for the construction of Community Based Water Systems for some communities at Tidrope Camp, Tidrope, Sinsina, Gua, Gua fishing camp and Kito in the Daboya/Mankarigu constituency of the Savannah Region.

However, the project has received major criticism from the opposition party who claim the White Lake which starts from Northern Burkina and flows through North Gonja into the Volta Lake is 'poisoned water".

The statement also blamed the MP for sabotaging the project for political propaganda: "We believe that it's a calculated move to stop the project just because it's not coming from your outfit, we deserve better from someone we had supported to go to parliament to address us this way."

The Group's PRO Sulemana Inusah indicated that the MP drilled a borehole for one of the areas but there was no water gushing out of the borehole due to the depth of the waterbed.

"Talking about the MP drilling a borehole for Tidrope community is a white elephant because the said borehole doesn't contain water simply because the water table in the whole of the over bank communities is very low and therefore the solution to the water crisis in the area doesn't lye in the hands of drilling boreholes which everybody is aware of."

The statement however appealed to the MP to stop politicisation of the problem. "We are begging the MP and his people in the name of God in heaven to stop politicizing the water crisis at over bank."

It however called on the NDC and the MP to come out with evidence to prove unwholesome of the White Volta.

"....we still challenge them to come out with credible source of their findings that prove that the White Volta River is contaminated with poisonous chemicals because all the communities in the area have been drinking water from the White Volta River since creation," the statement emphasised.