Donald Trump Suffers, Defeat At The US Supreme Court 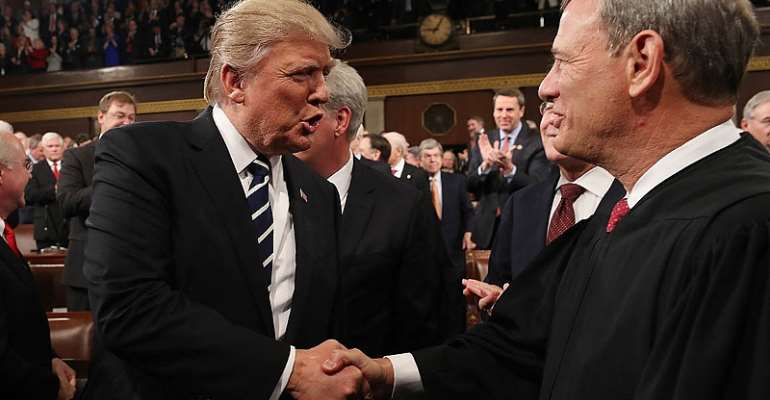 US President Donald Trump has suffered a heavy defeat in the US Supreme Court in the immigration dispute over so-called ''Dreamers''. The Supreme Court in Washington on Thursday confirmed protection from deportation for approximately 700,000 immigrants who had come to the US illegally as children with their parents.

The US government's decision to stop Trump's predecessor Barack Obama's so-called Daca program in 2017 was "arbitrary and capricious," the Supreme Court judges said. With a majority of five of the nine judges, the verdict was conceivably close. The conservative chairman of the Supreme Court, John Roberts voted on the verdict together with the four liberal judges.

Obama had protected about 700,000 "dreamers" from deportation in 2012 with the so-called Daca Decree. Many of them were brought into the country as children by their parents without papers, often from Latin American countries. Trump had ended the program in September 2017 but had maintained the deportation stop for the time being.

This is a gargantuan defeat for the US President Trump

The Supreme Court now described the way the program was stopped by Trump as unlawful, inflicting Trump a fragile defeat. US President Trump made the fight against illegal immigration and the restriction of legal immigration a priority of his presidency.

At the beginning of the week, the conservative-dominated Supreme Court had ruled against the Trump administration's line. The Supreme Court strengthened the protection of homosexuals and transgender people in the workplace and declared that dismissal, based on sexual orientation or gender identity violated US law.