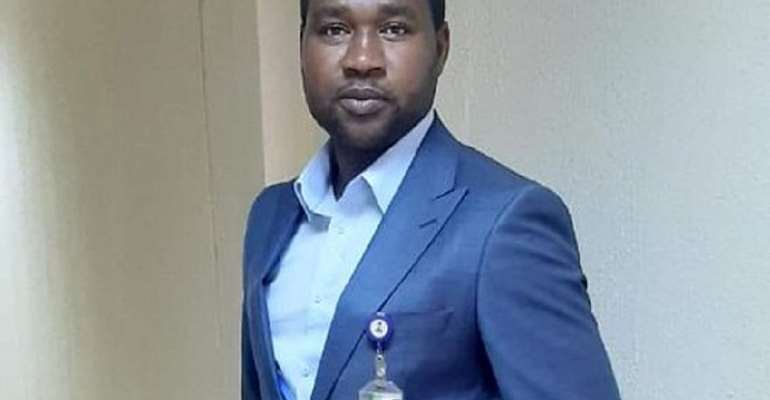 While discussions on decolonization of Africa have mainly focused on politics and economics, little attention has been paid to the issue of religion especially the role of Islam in the decolonization project. Scholars and policymakers have noted the necessity of challenging and discarding political and economic structures that colonialists introduced and used to conquer, control, exploit and subdue African societies. However, there has seldom been an allusion to interrogating religious icons and facilities that imperialists employed to subordinate cultures and peoples of Africa. African elite has conducted themselves as if there is no imperialist capital in the colonial religions.

In this piece, I draw from the case of Mubarak Bala and the reactions of Muslims in Kano and beyond to show the necessity of de-mythologizing the prophet of Islam and by extension prophets of other imperialist religions. I argue that the de-mythologization of the prophet Muhammad is critical to the consummation of Africa’s decolonization project. Demythologizing prophet Muhammad is an exercise in African independence, mental liberation, and critical awakening. I submit that the decolonization of the African mind is in jeopardy if Africans continue to resist and violently oppose -as in the case of Mr Bala- the de-mythologization of Muhammad.

By way of definition, to de-mythologize means to divest of supernatural trappings and regalia, to explain something or somebody without allusion to supernatural or transcendental properties. To de-mythologize Prophet Muhammad means to deconstruct his prophethood; to explain his life and legacy in ways that de-emphasize the mysteries and counterintuitive appendages to his life. It is to humanize and historicize him as opposed to the superhuman, divinized, ahistorical status in

Islam as we know it.

Mythologized Muhammad is an Arab invention. Arabs forged the myth for a purpose- to enable Arab rule and domination of the world. Arabs created a mythical perfect and inscrutable Muhammad and turned it into a weapon to legitimize imperialism and global empire-building. Thus Muhammad is to Arab imperialism what Jesus is to western imperialism in Africa, which is an emblem to seal the conquest and control of peoples and societies.

For centuries, Arab religious imperialists and their African subalternists have used violence and threats of violence to shield the prophet of Islam from de-mythologization. They have used mythical Muhammad to mobilize and maintain power, and to assert and sanctify Arab’s ‘racial’ and cultural superiority. By fiercely opposing the de-mythologization exercise, Middle-eastern religious overlords have maintained tight grip and hold on the minds of Africans and their colonized territories worldwide. Arabians and by extension Muslims have used mythologized Muhammad to demand ‘special respect’ and ensure privilege for their cultural myths, God and dogmas. They have weaponized mythical Muhammad to justify oppression where they are in the majority. They demand from societies and cultures where they are in the minority, rights and privileges that they institutionally deny religious and non religious minorities in Saudi Arabia and the Middle-east and in other places where they are in the majority.

The tragedy is not that African countries inherited imperialist religions with varied mythological formations, but that Africans, or better, African Muslims have vehemently refused to embark on the de-mythologization project. Africans blindly espouse mythical Muhammad as handed down to them by Arabs to the detriment of the project of decolonization. As killings related to blasphemy allegations in Nigeria have shown, Africans have continued to demonstrate to their Arabian overlords that they have not uttered and are not ready to alter any aspect of mythical Muhammad as handed down to them.

By refusing to challenge or accommodate critique and criticism of the prophet of Islam, African Muslims have jeopardized their mental liberation and emancipation. African Muslims have institutionalized cultural inferiority and subordination to Arabs. It is against this background that one can adequately make sense of the posts of Mubarak Bala and the reactions of Muslims in Kano. On April 28, Police arrested Bala, not for assault, kidnapping, murder, theft or other crimes that are pervasive in the region, but for allegedly posting blasphemous comments on Facebook. According to the complainants, Bala called the prophet of Islam a terrorist and a pedophile. As the petitioners noted, these comments angered Muslims and could make them take laws into their hands.

Over forty-five days after his arrest, the police in Kano are holding Mubarak Bala incommunicado. They are punishing him to appease the petitioners and the Islamic base. The police have not given him access to a lawyer. They have not formally charged him in court. Police in Kano have denied Bala his human and constitutional rights. Some Muslims have threatened to kill Bala if the state did not adequately punish him.

Now imagine this. For posting comments on Facebook that were critical of the prophet of Islam, some Muslims have caused the imprisonment of Bala. Some want to extra-judicially murder him. African Muslims have been brainwashed and indoctrinated to value mythologized Muhammad more than the life and dignity of fellow Africans and fellow human beings. Many African Muslims have been mentally conditioned and inclined to destroy Africa and be ready to decimate Africans in their quest to protect and shield the name of Muhammad from any real or imagined insults.

Bala’s comments are an exercise in the de-mythologization of prophet Muhammad and African emancipation. They highlight aspects of Muhammad’s person and history that have been hidden from the public. They have drawn attention to those aspects of Islamic religion that inform the events in the world today including Islamic terrorism and the emergence of jihadist individuals and groups. Bala’s comments are expressions of independence of mind and an affirmation of intellectual freedom.

Look, Africans are not truly free if they cannot freely say what they think about any prophet or religion without fear of being killed, arrested, or imprisoned. Africa is not truly decolonized if Africans cannot openly and publicly challenge, question, and interrogate icons and prophets of colonial religions. After all, those who brought and introduced Islam to Africa never accorded traditional African religions, gods, sacred texts and prophets the 'respect' that contemporary African Muslims are demanding from other Africans.