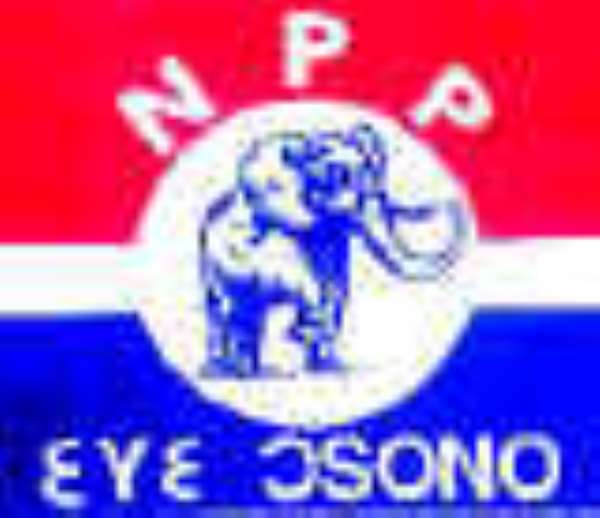 Allegations by an activist of the New Patriotic Party (NPP) that the party and for that the government sponsored, at least, 150 party supporters to the on-going World Cup, have received the wrath of National Organizer of the party, Lord Commey who has rubbished the allegations describing them as full of deceit mendacity.

According to Lord Commey, when the time came he thought as a National Organizer that it would be motivating enough to get some sponsorship from their private sources to sponsor some of their organizers to the tournament.

He said as a party, they could have done it even more but because of financial constraints they considered to see whether they could get only the ten regional organizers to attend the tournament but unfortunately all of them were denied visas.

“I can tell you the hell that we had to go through even as a ruling party with genuine certification that those were workers of the party and with the assurance that they would return after the tournament, but they were denied the visas. It is therefore not true that we sponsored 150 people to the tournament”, he roared.

The allegations by Appiah Stadium, now self-confessed refugee domiciled in Holland, which were aired live on Hot FM morning show, programme, Maakye, last week hauled up the government and the NPP for being behind the sponsorship of the party sympathizers to the tournament.

Continuing, Lord Commey noted that if the party indeed sponsored people to the tournament why was it that the ten regional executives who described as the bedrock of the party's organization in all ten regions were denied the visas and challenged whoever doubts him to crosscheck from the German Embassy in Accra.

He said after the first refusal he then went again for visa application forms and reapplied but they were again denied and wondered where the sponsorship of party supporters could come from and added that all the ten regional executives were in Accra for two weeks with some still in Accra.

He described as funny the statement by Appiah Stadium that it was Nana Akuffo Addo who went to his aid before he was able to make the journey to Germany. He said Nana Akuffo Addo is a member of the National Executive Committee of the party and serving on various committees of the party.

“So if Nana Akuffo Addo helps you I want to believe that it was the NPP that helped him. So for him to be helped by a party executive member like Nana Addo, then I do not know what he is talking about. That is why I have a problem in responding to some of his outburst,” he said.

However, if Appiah Stadium was really assisted by Nana Akuffo Addo with documentation, as he alleged and seems to be confirmed by the National Organizer of the NPP, then there are more questions for the Foreign Minister, who is supposed to safeguard the integrity of the nation's travelling document.