Why Floyd’s Past Does Not Matter

By A. John Ukpe 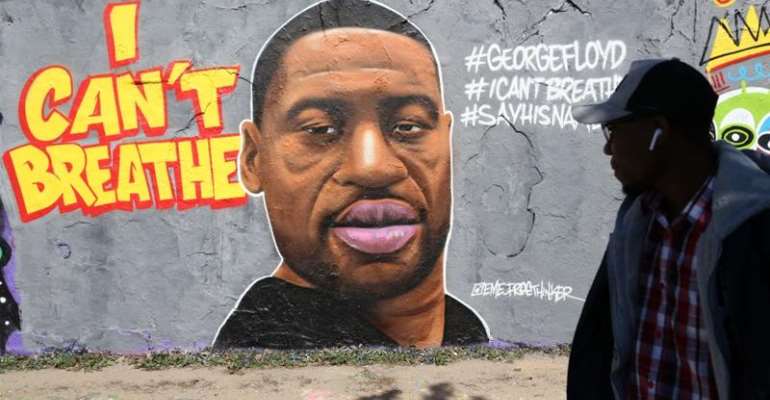 Some people are outraged that George Floyd had too many criminal records to be buried like a hero. In response, a friend put it thus, “To dredge up and lavishly serve a man's criminal past, totally ignoring the redemptive chapters that marked the latter part of his life in the wake of his unjust murder and even as the whole world is hurting from that incident among many other such murders which are symptomatic of centuries-old racial bias, injustice, and arbitrary brutality is disrespectful, insensitive and downright maddening.” I concur.

Leading the pack of those who are upset with Floyd’s martyr status is Candace Owens, the African American conservative apologist, ideologue, and commentator. Perhaps, if Owens was there when Jesus Christ was given the task of convicting the woman caught in adultery and he rather said, “Let him that is without sin cast the first stone,” she would reached for a rock to smash the woman’s head. But the morale of the story of the woman caught in adultery is that all have sinned and come short of the glory of God.

The Bible acknowledges this and advises us not to judge one another. More so, George Floyd’s pastor, Pastor Patrick Ngwolo, claims that Floyd had a turnaround, counseled kids not to to make the mistakes he made in life, and did well as a Christian in later life. It is even believed that Floyd relocated to Minnesota to reformat and reboot his life and take care of his inner demons. As a proof for ten years he did not have any run-in with the law, until the incident which led to his death.

Candace Owens and her supporters forget that the film actor Danny Trejo was arrested and jailed several times before he turned his life around and made it big in the silver screen. Malcolm X was also an ex-convict. In Nigeria there is the popular story of a notorious armed robber, Judah Author, who converted and is now a pastor. Of course you know about Paul the Apostle who was a murderer before he had an encounter with Jesus Christ and became a leading Christian apostle. History is littered with many criminals who turned their lives around. If Floyd did not turn his life completely around, then he was still in the process. This is why he was attending church. He may have been laboring to sanitize his life and rid himself of his past demons.

To those who wonder how the woman Floyd once robbed would feel about Floyd being so celebrated, I dare to ask them how the brothers and sisters of Stephen felt after Paul who led his murder was canonized? Stephen’s brothers and sisters may have remembered that with his last breath Stephen prayed God to forgive his murderers. It is entirely possible that the woman Floyd robbed would have moved on, asked God to forgive him, and would have shared the global sense of pain at his callous murder.

But there is more to Floyd’s death, than his past suggests. God uses the weak things of this world to change the world. He did not use Alexandar the Great or Ghenzis Khan to change the world, He used a carpentar’s son, Jesus Christ. If He chooses to use a “serial criminal” like Floyd to stop racism in the world, so be it. It is the curative power of the medicine that determines its administration, not how bitter it is to swallow or how painful it is to take.

Floyd was buried as a hero, not so much because he was one, but because the world perhaps saw burying him like that as an atonement for one of the most callous atrocities and abuse of power ever witnessed since the advent of democracy. This was a classic case in all respects. A white cop murdered a black man while black and white onlookers jointly protested vociferously and sought to save his life. In his death, whites and blacks have protested together. These scenes give us comfort that we do not need to repent anymore for the appalling silence of the good people - the good people are speaking out; the bad people have been silenced.

Slowing killing a man in nine minutes by cutting off his air supply, while he pleads for his life, is the most gruesome way to murder a man. The world saw this as the climax of racism and decided to nip it in the bud. More so, most Americans were outraged to see a man murdered by another man wearing a badge and who was on oath to protect people like the man he sadistically murdered. Over what? A mere twenty dollar note alleged to be counterfeit.

In summary, Floyd was the last straw that broke the applecart and forced the world to pick up the apples and count the straws.

What Will The Publication Of 260-Page Cocoa Road Audit Repor...
9 minutes ago