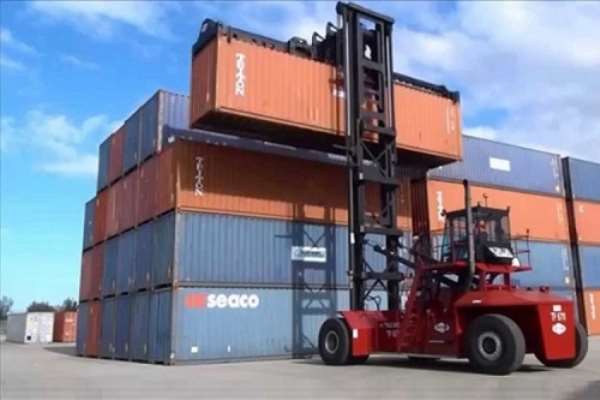 The newly deployed Integrated Customs Management System (ICUMS) has generated some GH₵490 million in its first 17 days of operation.

This compares favourably with the average monthly revenue collections of about GH₵942 million monthly from January to May this year from the country's entry points when the old system deployed by Ghana Community Network (CGNet) was in use.

This is in spite of the teething challenges that bedevilled the system in its first weeks of operation at the port after taking over from West Blue and the Ghana Community Network (CGNet) customs management systems.

The acting commissioner-general, Rev Ammishaddai Owusu-Amoah, announced the figures at a media briefing in Accra to clear misconceptions opponents of the system have spread in a section of the media.

This development has brought a lot of optimism to the revenue authority boss, who declared, “Looking at this trend, it is obvious that the authority will not be losing revenue as is being highlighted by some sections of society.”

He was categorical that the state is not losing any revenue at the country's entry points as ICUMS, deployed on June 1, 2020, is working creditably.

"Looking at this trend, it is obvious that the authority will not be losing revenue as being highlighted by some sections of society.

"These numbers paint a very optimistic picture which speaks for itself. I wish to use this opportunity to assure the trading public that these are teething challenges which are associated with the introduction of every new system," he added.

While admitting that there were teething challenges with the system, the commissioner-general said most of these initial problems were being fixed to allow for seamless operations.

He identified the failure of Tax Identification Numbers (TIN) to populate, co-loading and manifest matching the issue of Customs Bills of Entry (BoE) as some of the teething challenges.

With the issue of TIN numbers not populating at the front-end of declarant, he explained, “As we speak, TIN numbers have been populated on ICUMS for easy retrieval.”

For importers still experiencing challenges with co-loading and manifest matching, Rev Owusu-Amoah said alternative arrangements have been made.

He also stated that ICUMS has successfully processed about 53,000 Bills of Entry (BoE) nationwide.

Of these, 16,000 BoE have been submitted at the Tema Port, with over 12,000 relating to pre-manifest processes.

He went on to explain that about 11,000 BoE have been successfully processed at the Tema Port.

5,000 BoE at various stages of processing

Another 5,000 BoE are at various stages of processing at Customs Technical Services Bureau (CTSB).

The system, he clarified, processes an average of 1,500 BoEs daily, a figure he says “compares favourably with what was being processed by the previous system.”

He also told the press that “about 4,000, that is 25% of the total submissions, delayed for reasons such as unanswered queries by declarants for the necessary supporting documents, manifest mismatch and to effect corrections.

“These include MDA requirements such as permits and fees. These queries, as at a week today, were at 40% but have reduced to 25%.”

As part of measures instituted to ensure a smooth running of the system, Rev Owusu-Amoah said a toll free number (0800-900-113) has been established to address the concerns of the public.

“ICUMS,” he said, “has been deployed to process all transactions. Every aspect of the system is being utilised.”

Mr Ammishaddai said the revenue outcomes could have been relatively higher if the 25% of queries had been answered and the goods cleared.

On demurrage charges, the commissioner-general said the GRA and the Ministry of Trade were engaging relevant stakeholders to see what can be done for cases related to initial challenges in the system.

Rev Owusu-Amoah said the GRA would ensure that all challenges are dealt with as they arise.

"I have full confidence that all staff of the Customs Division will rise up to the challenge to make ICUMS a success story and rake in the needed revenue for national development," he said.

ICUMS is a system built by Universal Pass (UNI-PASS), specially tailored to Ghana’s situation and provides an end-to-end supply chain solution that incorporates and consolidates existing systems currently in operation.